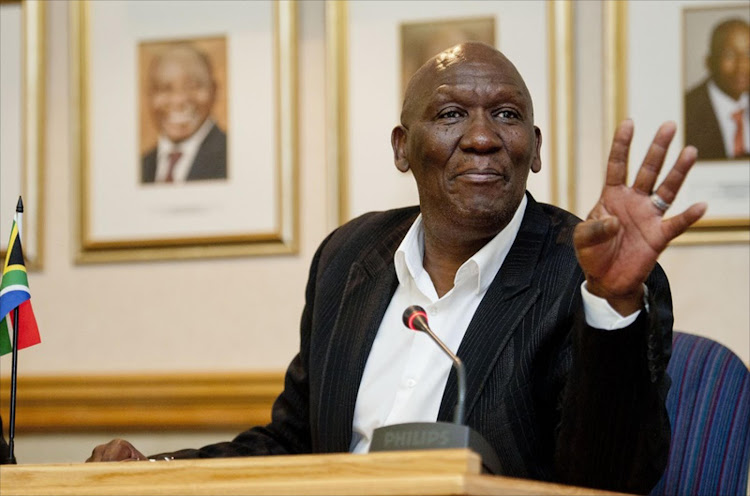 Police have unveiled a plan to get more boots on the ground to combat violent crimes such as cash-in-transit heists in South Africa.

Trained officers who have been desk-bound‚ performing admin duties‚ will now be deployed in the major cities to take part in high-visibility police operations.

Police minister Bheki Cele ramped up the fight against criminals when he announced the plan at the SAPS Tshwane Academy on Monday.

South Africa‚ he said‚ had recently been plagued by serious and violent crime‚ which had instilled fear in law-abiding citizens.

"I have directed the SAPS management to adopt an extraordinary approach to stabilise this crime wave‚ which must be followed by a normalisation approach‚" Cele said.

He said the stabilisation plan would involve the migration of resources. Administration duty officers who were trained as police would be deployed in visible policing operations at identified hotspots in the country.

"We will be dedicating teams to track and arrest wanted suspects‚" Cele said.

Police aim to get more uniformed police officers out on foot and in vehicles‚ supported by the SAPS air wing‚ to conduct cordon and search operations‚ roadblocks and hunt for wanted suspects.

Police commissioner General Khehla Sitole said that for operational reasons‚ he could not give out the number of police administration officers to be deployed.

"All those members in administration who are trained will be in the field. There will be those members who will be permanently moved from the offices to police stations‚" he said.