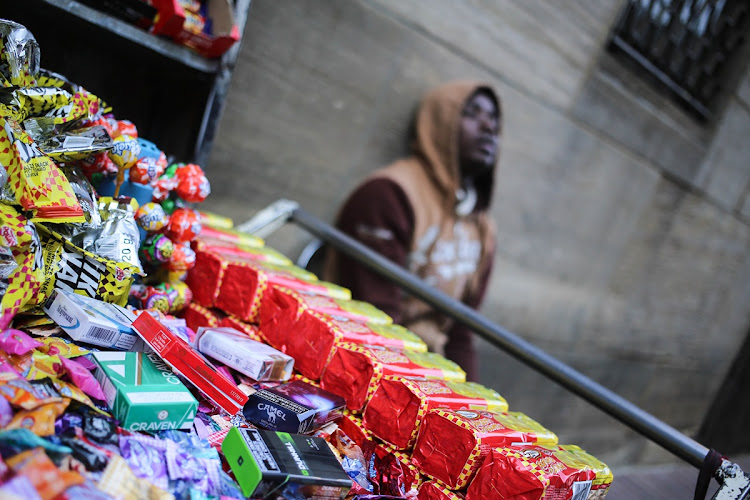 A vendor displays cigarettes in the Johannesburg CBD. The illicit trade of cigarettes is said to have a huge impact on the political economy of SA.
Image: Alaister Russell/The Sunday Times

Cigarette smuggling is exploding in SA as sophisticated transnational organised crime syndicates step up operations‚ flooding the market with “knock-offs”.

Presentations made in May to parliament’s standing committee on finance on the illicit tobacco trade show the country ranks among the world’s top five countries‚ along with Brazil‚ Iraq‚ Malaysia and Pakistan‚ when it comes to the trade in illicit cigarettes.

In the same committee briefing‚ SARS officials revealed that in the past five financial years‚ 270-million cigarettes valued at R217-million were seized in anti-crime operations.