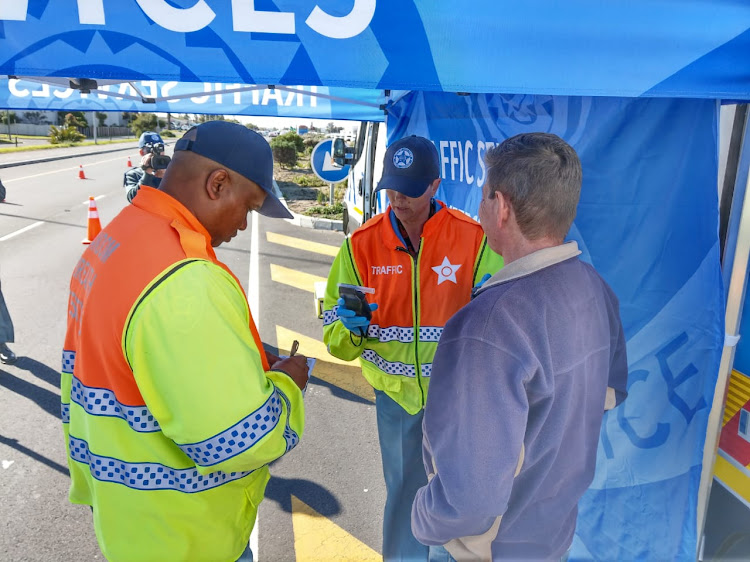 “Five times over legal limit at 3pm in the afternoon...”

With that comment‚ a mayoral committee member welcomed Cape Town’s first breath-testing van to the war on drink-driving.

The van — more correctly called a mobile alcohol evidentiary breath alcohol testing vehicle — had its first outing in Milnerton starting at 2pm‚ and within an hour the first serious miscreant was under arrest.

JP Smith‚ the mayoral committee member for safety and security‚ said the equipment in the vehicle did away with the need to draw blood from suspected drink-drivers and send it away for testing.

“This will not only help cut down on time spent processing drunk-driving suspects following their arrest‚ but will also accelerate court proceedings‚” he said.

The Western Cape transport department said the vehicle was the second in the country‚ following a successful trial with the provincial traffic service in Caledon‚ in the Overberg.

The province has trained operators of the new unit and supplied two breath-testing machines. “[The department] was able to draw on its close co-operation with the Western Cape Director for Public Prosecutions in a process that has seen the re-introduction of evidentiary breath alcohol testing in the province‚” it said.

A driver who mowed down a group of young people‚ killing four last year‚ wants to enter into a plea bargain with the state.
News
3 years ago

A minibus taxi driver who answered the call of nature in public was arrested for drunk driving in Cape Town.
News
3 years ago

“The system differs from blood tests in that the results are immediate. Motorists whose alcohol level is below the legal limit can be released immediately after receiving the results‚ while with blood tests the motorist can be detained overnight or until the end of the weekend and can spend months facing legal uncertainty.”

Transport department head Jacqui Gooch said the vehicles were a “force multiplier” in the struggle to take drink-drivers off the road.

“They severely curtail the amount of wriggle room motorists who drink and drive have to try and avoid the consequences of their actions‚” she said.

Before 2011‚ evidentiary breath tests were used throughout the country‚ but they were suspended by the National Prosecuting Authority following a challenge to their constitutionality.

“Shortcomings with the equipment‚ training of staff and testing procedures identified during this case have subsequently been addressed and we are confident that the results obtained through the equipment can successfully be used in a court of law‚” said Kyle Reinecke‚ deputy director-general for transport management in the Western Cape transport department.

The test takes two breath samples. If the lower shows 0.24mg of alcohol per 1‚000ml of breath‚ the driver will be charged.