'When I was depressed… I wanted to kill her': UCT lecturer in hot water over Facebook rant 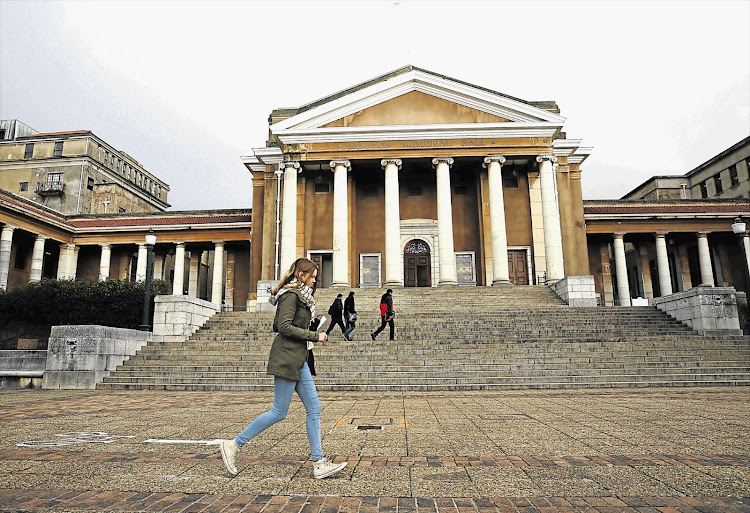 #FeesMustFall leader and activist Mcebo Dlamini has come to the defence of a University of Cape Town (UCT) lecturer who is under investigation for making disturbing comments on social media.

Dlamini took to Facebook on Tuesday to say that Arthur Mabintsela‚ a lecturer in the chemical engineering faculty‚ was depressed - like many other black academics at UCT - and needed help.

“The black academic is suffering and suffocating under severe depression‚” he wrote.

Mabintsela made headlines after publically suggesting that the #MenAreTrash movement was “bullsh*t” and that women simply could not attract quality men. He also admitted to being depressed and at one stage wanted to rape and kill a family member.

"When I was depressed… I wanted to kill her‚” he said on Facebook.

Dlamini‚ who later deleted his post‚ also accused the institution of racism. “The f***ed up stinking racist institution [UCT] that seeks to destroy anything that is black is dragging and humiliating Mabintsela all over the media‚ instead of assisting him [to] deal with depression‚” said Dlamini.

Woman beaters should not be ostracised but should rather be integrated back into society to teach others not to abuse women and children.
News
3 years ago

A female student who was filmed being mercilessly kicked by a male at the University of Fort Hare’s Alice campus has reportedly decided not to lay ...
News
3 years ago

UCT spokesperson Gerda Kruger condemned the incident and said an investigation was underway. “The executive has already met with the staff member. A formal pre-suspension has been called and a formal process to investigate the matter has begun‚” she said.

Mabintsela refused to comment on the issue when contacted by TimesLIVE. But on Facebook he accused the university of lying‚ saying that it was only his head of department who met with him.

This is the second time in recent weeks that a person in the engineering field has caused a public outcry after making controversial comments about women.

South African Institution of Civil Engineering (SAICE) CEO Manglin Pillay recently apologised unreservedly after writing an article that suggested it was a bad idea to invest in female engineers.

He claimed that research showed women to be more “predisposed” to caring and people-orientated careers.