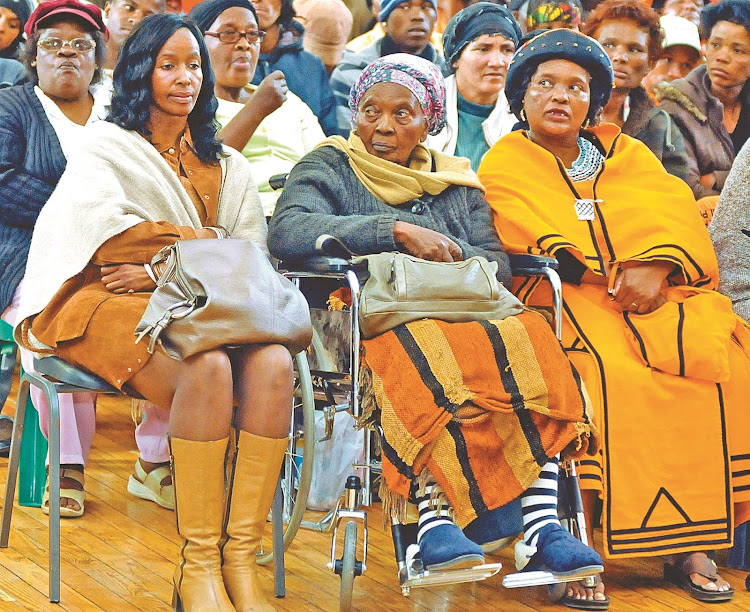 The funeral service for the late struggle icon Mama Zondeni Veronica Sobukwe was disrupted on Saturday morning by a group of Pan Africanist Congress of Azania (PAC) members‚ reports said.

eNCA reported that all government officials and police left the funeral venue in Graaf-Reinet in the Eastern Cape after proceedings were disrupted. PAC leader Narius Moloto was also chased away from the venue.

It said some PAC members had refused to recognise the South African national anthem.

Deputy President David Mabuza abandoned the funeral proceedings shortly after the disruption‚ the broadcaster said. It added that South African musician Thandiswa Mazwai had to quickly perform on stage to calm the crowds.

Programme director Defence Minister Nosiviwe Mapisa-Nqakula was disrupted while speaking and party leaders had to step in to restore order‚ it said.

Ninety-one-year-old Sobukwe died last week at her home after a long illness.

Her funeral had been declared a special official funeral by President Cyril Ramaphosa.

The Sobukwe family says it will remember Zondeni‚ the wife of Pan Africanist Congress founder Robert Mangaliso Sobukwe‚ for her “humility and ...
News
4 years ago

Tributes continue to pour in for Zondeni Sobukwe‚ the wife of Pan Africanist Congress (PAC) founder Robert Sobukwe‚ who died on Wednesday.
News
4 years ago