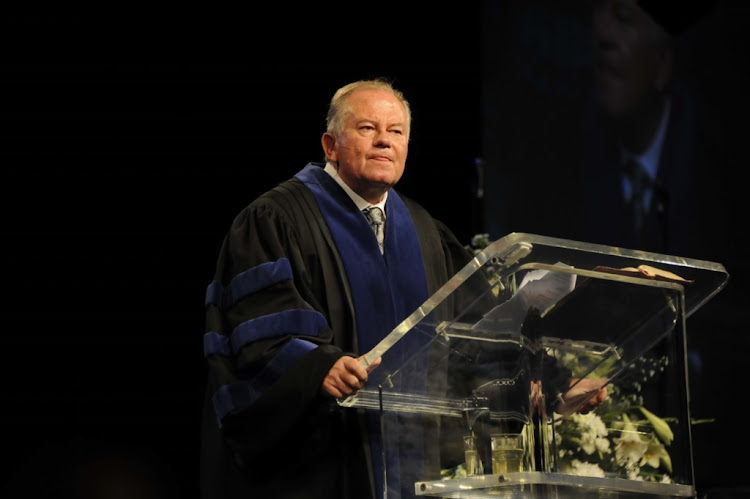 There are more than 140,000 unregistered places of worship in the country that siphon money from congregants and dodge paying tax.

This is according to Rhema Bible Church leader Pastor Ray McCauley, who was speaking at the Commission for the Promotion and Protection of the Rights of Cultural‚ Religious and Linguistic Communities (CRL) Commission's presentation of a proposed code of conduct designed to regulate churches.

"When I talk about non-registered, [it means] they don't exist. In non-profit organisations, you have to deal with Sars (the tax authority).

"The problem is there is over 140,000  non-registered organisations and many of them come from across the border. They come in and in a day or two, they start a group of people coming together. They take the money and put it in sacks and take it out of the country," McCauley said.

He said it was important that religious organisations work closely with the South African Revenue Service (Sars).

"Anybody who wants to register [a church] must have some order and be accountable for what they do...

"We want to be in a position where if people are [operating dens of] prostitution in their places of worship and selling drugs, taking money and [putting] it in a trunk and getting it flown out of the country, we need to able to deal with that."

The unregistered churches, McCauley said, are not financially accountable and do "dangerous" things to congregants like making them eat snakes and drink detergents, referring to previously reported cases that prompted widespread condemnation.

An umbrella body, proposed by the CRL Commission to regulate the religious sector, will be able to deal with such places of worship and they will be held to account if they do not adhere to the code of conduct the organisation has proposed, McCauley said.

CRL Commission chairperson Thoko Mkhwanazi-Xaluva told religious leaders at the presentation that having an umbrella body to regulate places of worship, would strengthen the moral fibre of the religious sector.

"There is a high number of unregistered religions. Worshippers are dying because they are made to drink stuff, there is financial abuse of worshippers, there is lack of effective management of financial management...," Mkhwanazi-Xaluva said.

The Code of Conduct proposed by the CRL calls for religious leaders to lead "ethically and effectively".

The SABC has been ordered to let controversial pastor Prophet Shepherd Bushiri respond to comments made about him during an interview on April 16.
News
3 years ago

I’m not your God… I’m your prophet - Mboro

It is 10.30am in Katlehong‚ Ekurhuleni‚ and the big marquee is filling up with congregants who have come to hear Pastor Paseka Motsoeneng‚ famously ...
News
3 years ago