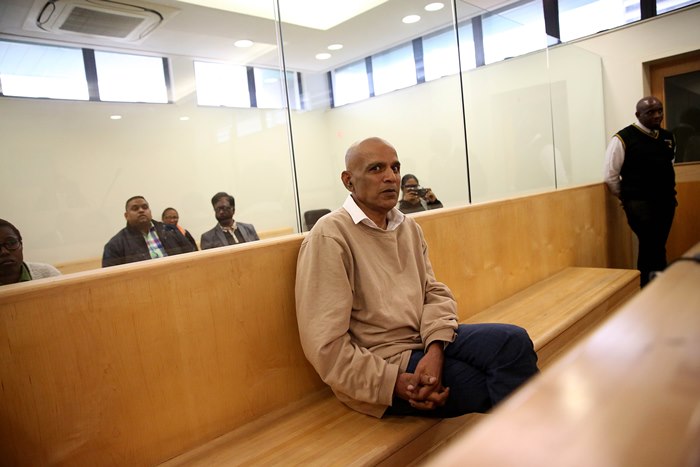 Convicted fraudster and race-rant accused Kessie Nair’s latest court foray – a recusal application to have Magistrate Ncumisa Gcolotela step down – will be heard next week.

Nair faces multiple charges of crimen injuria and incitement to commit violence after calling President Cyril Ramaphosa the k-word in a Facebook video. He also wants another chance to apply for bail.

He appeared in the Verulam Magistrate’s Court on Wednesday in order to set dates for his fresh court applications.

Two weeks ago Gcolotela denied Nair’s bail application. In delivering her ruling‚ she accused him of using the dock as a soapbox from which to further defame a long list of people.

“He attacked the characters of so many people in his affidavit. He insulted the investigating officer‚ who he referred to as being insane‚ a lunatic and a sangoma. He refers to the senior prosecutor as being corrupt and he attacked the integrity of the senior magistrate and so many others‚” she said.

“He used this platform to continue where he left off when he published defamatory remarks by using the journalists who were present‚” added Gcolotela.

The nephew of late struggle stalwart Billy Nair‚ who served several years after he was convicted on fraud charges‚ has been widely condemned for his utterances‚ including by the provincial ANC‚ community and religious organisations‚ as well as the presidency.

An unrepentant Kessie Nair – charged with a raft of crimen injuria charges after calling President Cyril Ramaphosa the k-word – will remain behind ...
News
3 years ago

Convicted fraudster Kessie Nair says that his criminal prosecution is a waste of time and the charge against him so banal that it is equivalent to ...
News
3 years ago

Kessie Nair‚ the Durban man accused of calling President Cyril Ramaphosa the k-word‚ has nowhere to live if he is released from custody.
News
3 years ago