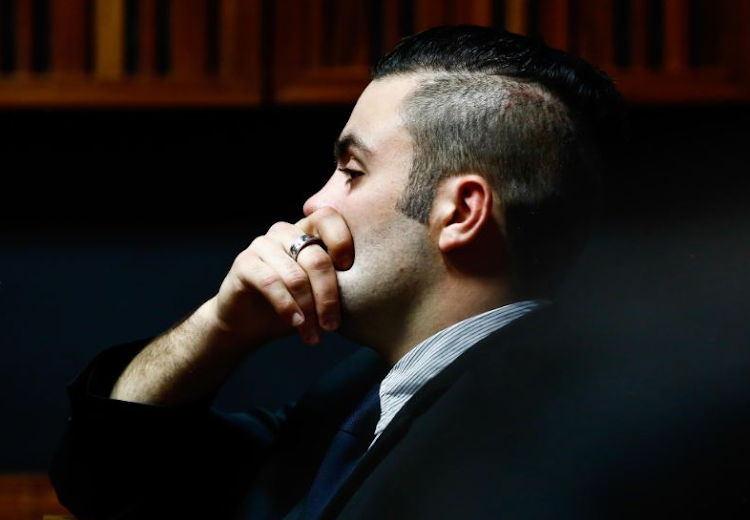 The SA Police Service (SAPS) has given itself a pat on the back for sealing the fate of Parktown Boy's former water polo coach and sex offender, Collan Rex, who was sentenced to 23 years in jail on Thursday.

“We thank the entire school population including learners, educators, parents and all officials for an excellent job of providing a watertight case to ensure that justice prevails," said Lesufi.

"We also extend our gratitude to the law enforcement agencies, including the police and the prosecution team for their tireless efforts of securing an appropriate judgement.

Police spokesperson Col Athlenda Mathe said the sentencing "could not have come at a better time than this period as the nation is observing 16 Days of Activism of Violence against Women and Children.

"As the SAPS, we applaud our investigators and all stakeholders involved for ensuring a water-tight case which ultimately saw the perpetrator being handed down a lengthy sentence. This case must serve as a deterrence to perpetrators of such crimes against women, children and vulnerable groups," added Mathe.

"This conviction also says to us as an organisation that our Family Violence, Child Protection and Sexual Offences (FCS) Unit is on the right path but that there is still a lot to be done in ensuring that we eradicate this scourge".

Rex was sentenced in the high court sitting in Palm Ridge.

The 23-year-old was in September found guilty on 144 counts of sexual assault and 14 of assault.

Police said a total of 23 boys from the prominent Johannesburg school, aged between 13 and 16 at the time, testified how Rex, who was also a boarding master at the school, had choked them in 2016. Others testified that he had touched their genitals.

In his defence‚ Rex said he had meant no harm by choking the boys and said "it was merely horseplay".

Passing down sentence on Thursday, acting judge Peet Johnson described Rex as a serial sex offender and a bully.

The parents of some of the boys who were sexually assaulted by former Parktown Boys' High water polo coach Collan Rex described how their boys' ...
News
3 years ago

Johnson said Rex was like a "runaway train". He said if Rex had not been caught, he wondered how many boys he could have sexually assaulted.

Mathe said Johnson had also lashed out at Rex for failing to show any remorse.

"He added that the offender does not belong to society," Mathe said.

Rex's abusive acts were exposed in 2016 after he was caught on surveillance footage where he was fondling a 15-year-old pupil.

He had pleaded guilty to some of the crimes he was accused of.

Lesufi acknowledged the hard work done by the Teddy Bear Clinic, psychologists and  health professionals who worked on the emotionally draining case.

"We're indeed indebted to you. This should serve as a deterrent to all those who sexually assault our learners."

Convicted former Parktown Boys water polo coach Collan Rex on Tuesday arrived in court with a fresh hairstyle and a new girlfriend, who took the ...
News
3 years ago

As the sentencing of convicted paedophile Collan Rex, a former assistant water polo coach at Parktown Boys’ High, was postponed on Wednesday, it ...
News
3 years ago

A retired headmaster has admitted sexually assaulting two schoolboys more than 30 years ago, after one of them confronted him in an e-mail.
News
3 years ago

A collective agreement reached with teacher unions is going to change how sexual offences will be dealt with at schools in SA‚ closing a loophole ...
News
3 years ago