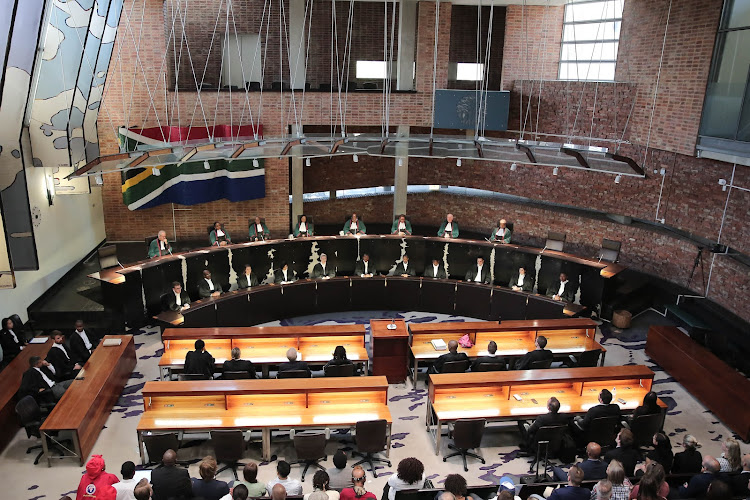 The Constitutional Court has ruled that a foreign national who failed to apply for asylum when reaching South Africa could do so at a later stage. File photo.
Image: Alaister Russell/The Sunday Times

An asylum seeker who entered South Africa illegally and failed to apply without delay is still entitled to apply for asylum under the Refugees Act.

The Constitutional Court made this finding on Thursday as it set aside a Supreme Court of Appeal judgment from 2017 that would have meant the deportation of former Rwandan intelligence services agent Alex Ruta.

Ruta arrived illegally in December 2014 after being instructed by his superior in Rwanda to travel to South Africa and engage with the Rwanda National Congress (RNC), an exiled opposition party.

Ruta had a change of heart about completing the assignment - killing members of the exiled party - and in February 2015 approached the Hawks for help.

Rwandan hitman with a heart to be sent packing

An agent of Rwanda's intelligence services, who had a change of heart after being sent to South Africa to allegedly kill members of that country's ...
News
4 years ago

He was placed in a witness protection programme but did not apply for asylum.

But Ruta believed that he should be given a chance to apply for asylum and the high court in Pretoria granted him this right. However, the Supreme Court of Appeal ruled in a 4-1 judgment that Ruta had contravened the Refugees Act by failing to apply for asylum timeously and without delay.

The question that the Constitutional Court had to deal with was whether a person who claimed to be a refugee and expressed an intention to apply for asylum should be permitted to apply under the Refugees Act or be dealt with as an illegal foreigner under the Immigration Act.

In this week's unanimous judgment, judge Edwin Cameron said the Refugees Act was clear: delay in itself did not disqualify an asylum application.

Cameron said while the Immigration Act determined if an "illegal foreigner" was liable to deportation, the Refugees Act was the applicable law to determine who may seek asylum and who was entitled to refugee status.

Rwandan man faces death if he is deported from South Africa

Alex Ruta is a Rwandan national who worked for the Rwanda National Security Services.
News
3 years ago

'Foreign-born children should not be deprived of birth certificates'

Four human rights organisations have expressed concern over proposed changes by the Department of Home Affairs to discontinue issuing birth ...
News
3 years ago

A Serbian assassin who has spent nearly seven years fighting for asylum in South Africa has been dealt his final defeat.
News
3 years ago

The alleged abuse and poor treatment of asylum seekers and refugees by the Department of Home Affairs has been highlighted in an open letter sent to ...
Politics
4 years ago

Tears of joy after court rules against Home Affairs

There were tears of joy as the High Court in Cape Town set aside a decision by the Department of Home Affairs to refuse a stateless family's ...
News
4 years ago