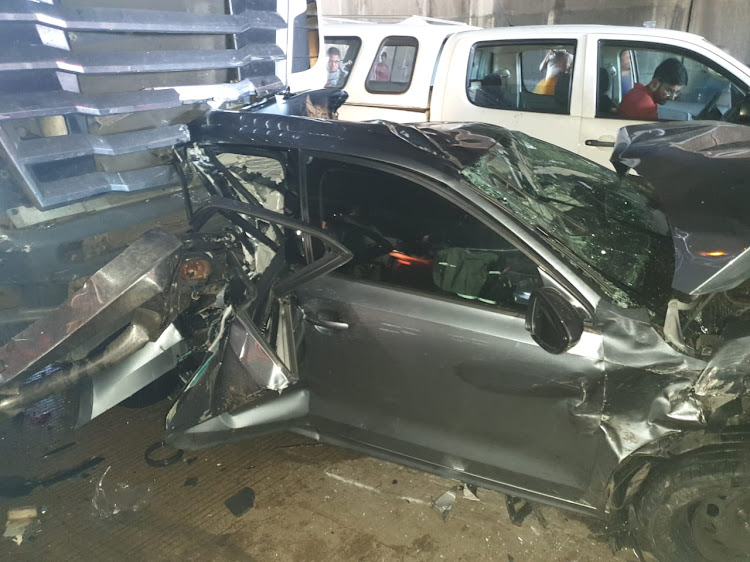 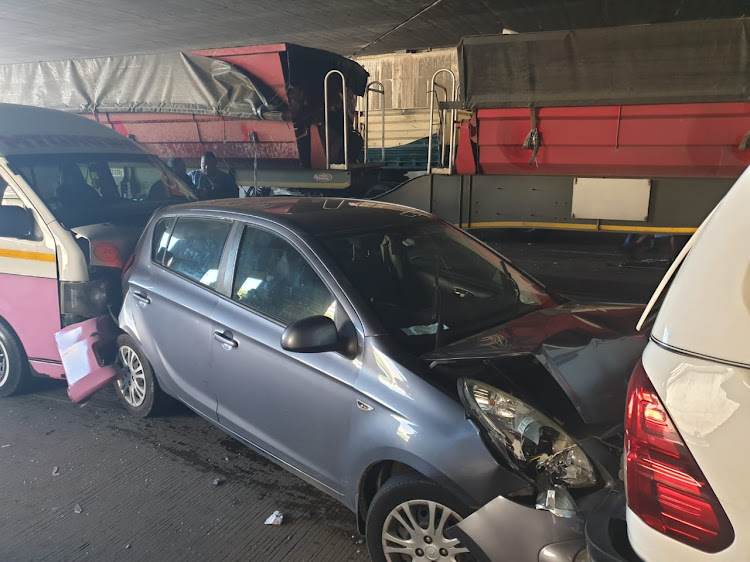 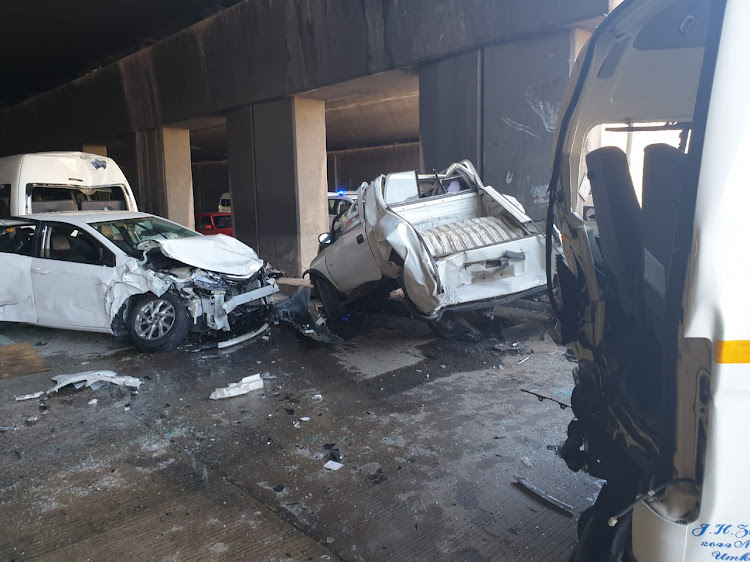 An out-of-control truck left a trail of destruction in its wake on the M7 in Durban on Tuesday morning.

Scores of people were injured in the incident, which forced a complete closure of the arterial route through the south Durban basin.

Rescuecare spokesperson Garrith Jamieson said: "Under the bridge, near South Coast Road, was littered with wrecked cars. A total of two trucks, four minibus taxis and 14 light motor vehicles were involved," he said.

"Twenty people were injured in the multi-vehicle crash. The wounded were treated and stabilised at the scene before they were transported by ambulance to area hospitals."

More than 10,000 people have lost their lives on South African roads during the festive season in the past six years, according to figures from the ...
News
1 year ago

Seven dead and one injured in KZN crash

Seven people perished in a horror crash between a car and a bakkie on the N2 in KwaZulu-Natal on Saturday.
News
1 year ago

One person has died and 17 people were injured in a crash between a minibus taxi and a truck on the KwaZulu-Natal South Coast on Friday morning.
News
1 year ago
Next Article