Millions down the drain: Statues that failed to impress Mzansi 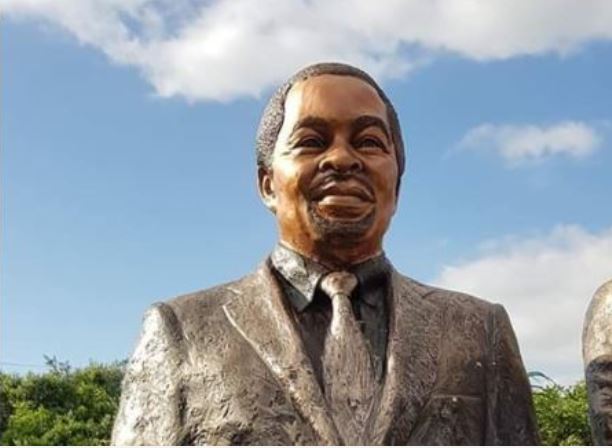 eThekwini municipality in Durban is not backing down from plans to honour leaders by erecting statues.

Mayor Zandile Gumede announced on Tuesday that the city's preparations for the erection and unveiling of Nelson Mandela and Oliver Tambo statues were well under way.

eThekwini municipality was heavily criticised by the public following a report by eNCA that the city was spending R20m on statues of struggle icons Nelson Mandela and Oliver Tambo.

When the news broke, the public questioned whether the city could not have better spent its money on speeding up service delivery.

On Tuesday, IOL reported that Gumede said the statues would "change the face of the city."

Here are other statues that got people talking:

Earlier this year, the public criticised the eight statues for bearing little resemblance to the ruling party's former leaders. The statues are the work of the same artist, Lungelo Gumede, who got the R20m tender.

The man who was supposed to look like Thabo Mbeki caught the most attention, with the public fuming over millions spent on the statues.

Just five months ago, the Mpumalanga provincial government came under fire for an expensive Nelson Mandela statue. The bronze statue, which marks the icon's centenary, cost the city R8.3m.

Mario Bruno, a bidder who lost this tender to Mideast Investment, said he had offered to design the statue for R2.8m. Various sculptors told the Sunday Times that the statue should have cost between R3m and R4m.

Zibonele Mncwango, spokesperson for the Mpumalanga premier, said the city was finalising an internal investigation into the matter.

The cost of the UN's Nelson Mandela statue is not known but South Africans were unimpressed. The life-size statue was unveiled by President Cyril Ramaphosa in September 2018.

Comedian Trevor Noah shared his thoughts on The Daily Show. Ordinary South Africans took to Twitter to air their views.

😂😂😂😂😂😂😂😂😂😂😂😂Guys even the First Lady can’t believe you call that thing Mandela’s statue!! She looks back at Bae like, bruh are you sure ka this thing? #UNGA2018 #Mandela100 pic.twitter.com/khgrFPZLiG

They call that a Nelson Mandela statue.. 😂 😂 😂 pic.twitter.com/RAp99FGHwx

Mandela statue is high, so is the price

The Mpumalanga government is paying twice, or almost four times, as much for a statue of Nelson Mandela than it should.
News
3 years ago

Wait, is that Thabo Mbeki? The KZN statue that has everyone confused

The ANC leadership statues on the M4 in Durban North have everyone asking where is Thabo Mbeki.
Politics
3 years ago