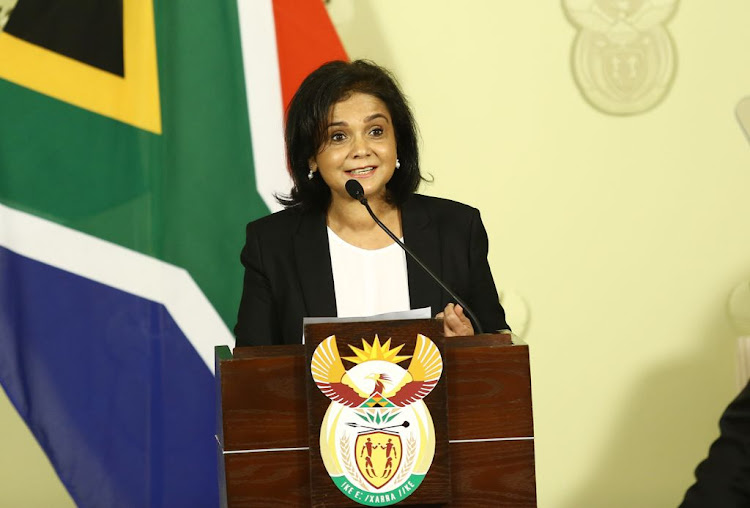 Justice minister Michael Masutha will introduce new national director of public prosecutions Shamila Batohi to her staff on Friday, and experts say bringing stability to the organisation must be high on her agenda.

Batohi begins her 10-year fixed term on Friday at the NPA’s Pretoria headquarters.

Council for the Advancement of the South African Constitution executive secretary Lawson Naidoo said among Batohi’s main tasks would be restoring morale and confidence among her staff, and supporting them in doing their jobs.

“She must be there to ensure that they are able to perform their constitutional duty,” Naidoo said.

He said whether deputy national director of public prosecutions Nomgcobo Jiba should be charged with perjury  in connection with the matter relating to former KwaZulu-Natal Hawks boss Johan Booysen was one of many issues  Batohi needed to deal with.

The ANC has welcomed the appointment of advocate Shamila Batohi as the first female boss of the National Prosecuting Authority (NPA).
Politics
3 years ago

‘I wish her well’: Shaun Abrahams has his say on Shamila Batohi

“(Deputy NDPP) Adv (Silas) Ramaite has decided not to take the decision on the matter, leaving that decision to Adv Batohi. We have to wait and see what she has to do with the case,” Naidoo said.

He said it would be interesting to see how Batohi would deal with the litany of state capture cases that were currently before the NPA.

Acting director of the Centre for Constitutional Rights Christine Botha said Batohi would need to restore the institutional credibility of the NPA and this would not happen overnight.

She said another challenge for Batohi was restoring public trust in the NPA and ensuring the prosecuting authority had a strong prosecutorial direction.

Botha said Batohi would need to unify the NPA, which had been wracked by divisions.

She said there were also critical vacancies that needed to be filled at the NPA.

“She must have a strong and unified team of prosecutors with expertise. However, she comes to an organisation where she will work under huge budgetary constraints.”

Botha said the public would see the direction the NPA was taking in the next few months by the types of matters it prosecuted.

“It will be interesting to see what matters are prosecuted in the next few months. We want to see what happens to the state capture cases.”

She said Batohi had the confidence of the public and good institutional knowledge of the NPA, having once served as a  provincial director of public prosecutions.

There are two South Africans who are going to need backbones of steel next year. They are President Cyril Ramaphosa and the National Prosecuting ...
Ideas
2 years ago

WATCH LIVE | NPA inquiry: Probe into Jiba and Mrwebi gets under way

The inquiry into the fitness of two top National Prosecuting Authority (NPA) officials to hold office starts on Monday, less than two weeks before ...
Politics
2 years ago