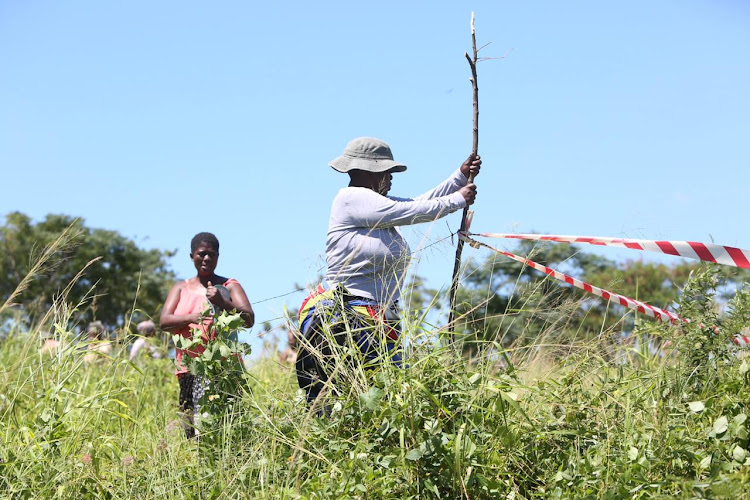 Happy Zwane was among hundreds of residents who invaded land in Cato Crest informal settlement on Tuesday.
Image: Jackie Clausen

Fed up with the slow pace of housing delivery, hundreds of people have invaded vacant state land earmarked for a low-cost housing project in the Cato Crest informal settlement in Durban.

The residents descended on land in Mary Thipe Road, which boarders Mayville and Manor Gardens, on Monday and Tuesday and started clearing the bushes and allocating themselves plots to start building shacks.

While many residents were not willing to be interviewed or photographed, Happy Zwane told TimesLIVE that she was clearing the bush so that she could build her two children a home to leave them with when she dies.

"I have two children and I'm not married and I want to clear a plot for them so that when I die they would have a place to live. I don't have a place of my own because I don't own the place I live in. So I want to live my children with a home," she said. 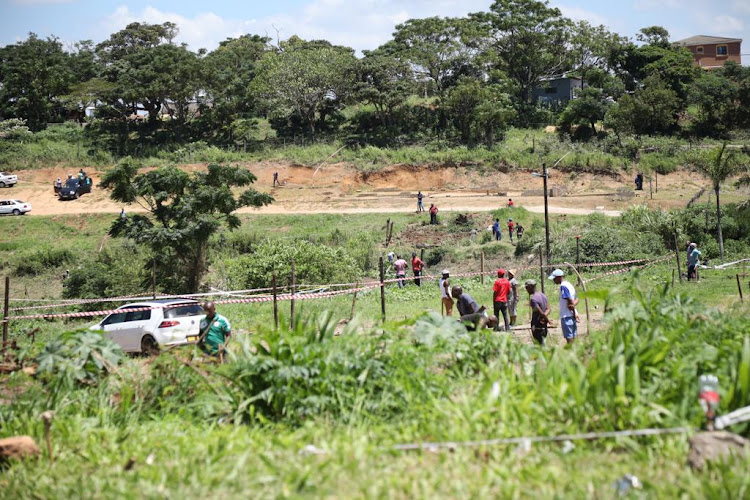 Others complained about being used as voting fodder by political parties and blamed the ANC for failing to deliver the houses for them since the beginning of democracy.

Local community leader Thulani Ndlovu said as much as he does not sanction illegal land grabs, there is little he can do because residents have been complaining for years about a lack of adequate housing, but nothing is being done to address the issue.

"At the end of the day, we end up with a situation like this because those things that are supposed to be done, have not been done for more than five years. And what do you do when people have been complaining about this issue? Some people even die complaining about the same issue," he said.

Happy Zwane is one of the many people looking to secure a sight in Cato Manor @TimesLIVE #landgrabs pic.twitter.com/UZo2DC8NRb

Ndlovu said the eThekwini municipality had promised that it would build 75 low-cost units in the area but he did not know what had caused the delay.

On Tuesday, the residents cut swathes of grass and demarcated areas under the watch of Durban metro police and later the Public Order Policing unit.

The municipality's spokesman Msawakhe Mayisela confirmed that they were aware of the invasions and were "doing everything in our power to stop them".

He said the land that the residents were invading "cannot be developed for housing purposes as unstable soil makes it unsafe".

"More than 100 houses have been built in Cato Crest, but the influx of people to the area has meant that land is not available for housing development, and the number of families waiting for houses continues to grow."

Mayisela said they were looking at alternative measures to address land invasion.

"We are a caring municipality, but we cannot allow lawlessness to prevail. In as much as we recognise and protect human rights, we also have an obligation to protect community interests."

EThekwini mayor Zandile Gumede has previously urged residents to be patient while the city worked to find suitable land and funding for low-cost housing for them. The municipality was not immediately available for comment on the latest land invasion.

‘We are only good for votes’ say Cato Crest families

Families who were evicted from Cato Crest in Durban have cleared space in a nearby forest to build themselves Ekhenana - a “Place of Hope”. Though ...
News
3 years ago