You are out to punish me, 'wife killer' Rob Packham tells judge 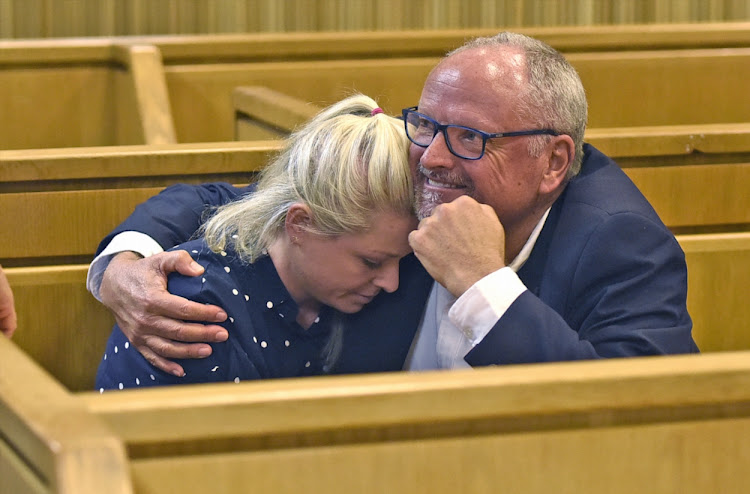 Rob Packham, the Cape Town businessman charged with his wife's murder, has accused the high court of being driven by a desire to punish him in cancelling his bail.

On Tuesday, the high court in Cape Town heard the 57-year-old's application for leave to appeal Judge Elizabeth Baartman's decision in December to revoke his bail. Packham was set to walk his daughter down the aisle when the court ordered that he be remanded in custody for the duration of his trial.

This was after Baartman found that the Constantia resident and former manager of a beverage company had breached his bail conditions twice last year by contacting a former mistress - who is a witness in the murder case. 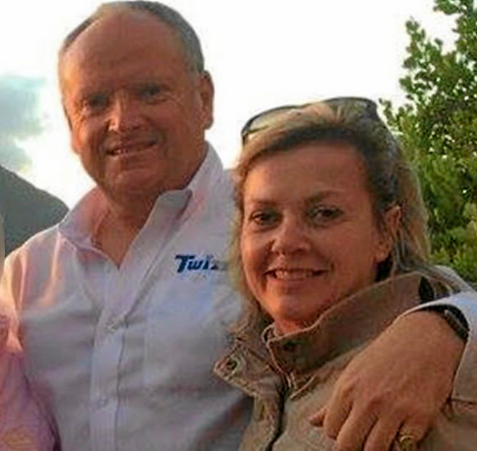 Rob Packham with his wife Gill, whom he is accused of murdering.
Image: Supplied

According to the prosecution, Packham breached his stringent bail conditions by sending SMSes to a mutual friend of his and his former mistress.

In September, Judge Nathan Erasmus had released Packham under strict conditions after the court found that he had breached his bail conditions when he was caught on camera delivering flowers at his former mistress's workplace.

The woman also received e-mails from a person purporting to be Richard J Hopkins who urged her to mend relations with Packham after he was charged with murder and also detailed the intimate specifics of their extramarital affair. The woman complained to the police that he was harassing her.

Hopkins was unmasked as Packham. One of the conditions Erasmus imposed was that Packham should not have access to any devices capable of sending and receiving electronic communication data.

In December, the prosecution told Baartman that by contacting the mutual friend, Packham indirectly tried to get to his former mistress. Prosecutor Susan Galloway said on December 5 the former mistress complained that she had received a letter "from what appears to be the same Richard Hopkins" who previously sent her electronic messages. Galloway said Packham resorted to "snail mail" because he was aware the e-mails could be traced.

Alleged wife-killer won't give daughter away as judge revokes bail

Alleged wife-killer Rob Packham will miss his daughter’s wedding on Saturday after having his bail revoked in the Cape Town high court on Thursday.
News
2 years ago

On Tuesday, Packham's lawyer, Ben Mathewson, told Baartman that she had erred in finding in favour of the prosecution.

He said her ruling was based on "purported probabilities which were based on speculation and not on proven facts".

"The state did not have factual proof in respect of the authorship of the communications alleged to have been in breach of bail conditions and accordingly relied on what was essentially speculation by witnesses," said Mathewson.

"It is respectfully submitted that the learned judge misdirected herself in cancelling [Packham's] bail, in negation of the constitutional right to liberty, on the appearance that such order was motivated by a wish to punish rather than apply the requirement of [the law] and the considerations of the interest of justice."

Mathewson asked Baartman to grant Packham leave to appeal to a full bench of the court.

Cape Town businessman Rob Packham, who is charged with his wife’s murder, has been taken into custody after allegedly breaching his bail conditions ...
News
2 years ago

"It is argued that the submission made on behalf of [Packham] is not sufficient to convince that there is a reasonable chance of success on appeal," said Galloway. "It is thus submitted that leave to appeal be refused."

Baartman will rule on the application on Wednesday.

Packham allegedly killed his wife, Gill, put her body in the boot of her car and set it alight at the Diep River railway station in February last year. According to the prosecution, Packham was bust by licence-recognition cameras that showed him driving Gill's BMW, while cellphone towers showed that he moved around Constantia on the day of her disappearance. Gill's charred body was found in the boot of the car after firefighters extinguished the flames.

A postmortem showed that a blunt force trauma to the head had killed her. The alarm was raised when did not arrive for work at Springfield Convent, a high school in Wynberg, where she was a secretary.

The inquiry into murder accused businessman Rob Packham’s breach of his bail conditions lifted the lid on his odd behaviour, which included pestering ...
News
2 years ago

A high court judge showed an alleged wife-killer tough love on Friday after he delivered flowers to his former mistress in breach of an order not to ...
News
2 years ago

A married Cape Town woman who received a bouquet from an ex-lover charged with his wife’s murder immediately scented deception.
News
2 years ago