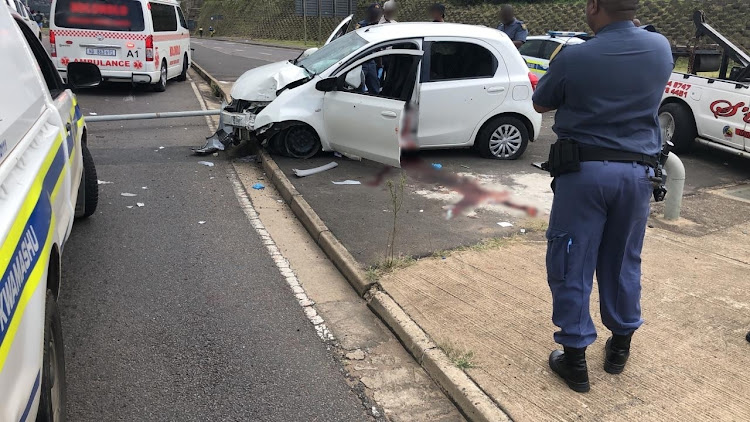 Two men are in a critical condition after gunmen opened fire on their car in Durban on Tuesday.
Image: Netcare 911

Two men were riddled with bullets after gunmen opened fire on their car on Tuesday.

Netcare 911 spokesman Shawn Herbst said the shooting occurred on the busy Queen Nandi Drive in Avoca Hills, in the north of Durban.

"Reports from the scene indicate that gunmen had opened fire on a car near the Emgidwini intersection," he said.

Two male occupants of the car sustained multiple gunshot wounds. Herbst said the men were in a critical condition.

"The patients required advanced life support intervention on scene and once stabilised were transported to hospital for further treatment," he said.

"Circumstances leading up to the shooting will be investigated by the SAPS, who are currently on scene and have cordoned off the area. Traffic has been diverted."

Man shot dead in his car at Parktown intersection

A man was shot dead while waiting at an intersection in Parktown, Johannesburg, on Monday afternoon.
News
3 years ago

Two policemen were wounded during a shootout with suspected hijackers in a Durban suburb on Saturday.
News
3 years ago

One of the five people wounded in a mass shooting at the Durban flat of an off-duty cop has died.
News
3 years ago

Paramedics are at a scene of a mass shooting at Durban's Victoria Embankment where four people have died.
News
3 years ago