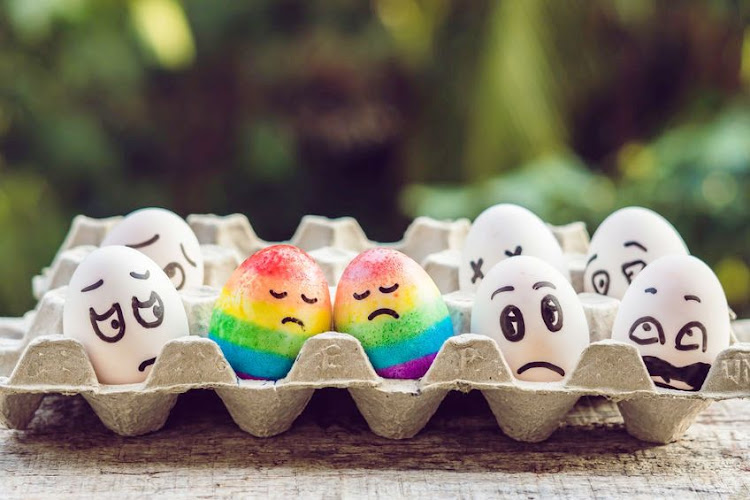 In theory, SA is paradise for LGBTI people, says a global report, adding that in practice the picture is far less rosy.
Image: 123rf/Elizaveta Galitckaia

But on the ground, SA fared poorly, leading experts to conclude that progressive legislation does not necessarily change a country’s mindset.

The report, State-Sponsored Homophobia, is the 13th edition published by the International Lesbian, Gay, Bisexual, Trans and Intersex Association.

It named SA as “undoubtedly a regional leader” in terms of marriage equality, constitutional rights and legal protection from discrimination for LGBTI people.

At the same time, “SA’s high rates of rape and homophobic crime, perpetrated disproportionately against lesbians of colour in poorer townships, demonstrate that robust legislation does not necessarily translate to societal acceptance”.

Globally, the report showed that discrimination in legislation is alive and kicking. Out of 193 countries, 70 still criminalise same-sex consensual activity.

At the extreme end of the hate spectrum, six states still impose the death penalty for such activity, and a further five make execution "technically possible”. In 26 countries, the maximum penalty can vary between 10 years and life in prison.

At least 32 UN member states have provisions that limit freedom of expression, including propaganda laws that prohibit the promotion of homosexuality or “non-traditional” sexual relations. 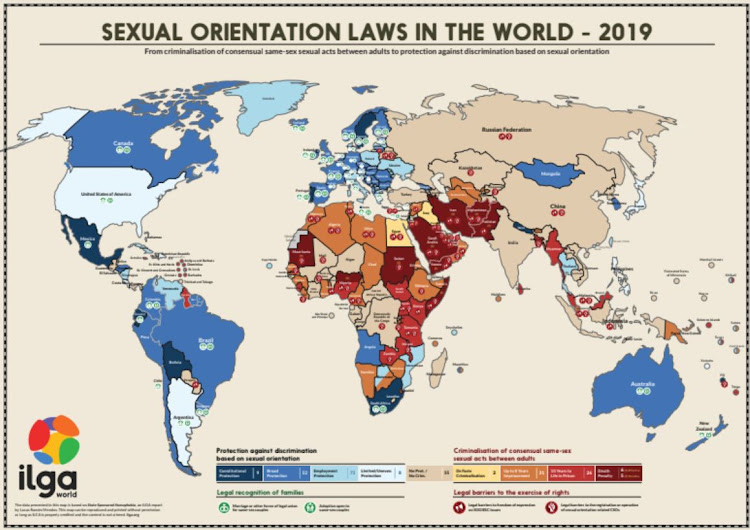 According to the report’s lead author, Lucas Mendos, “landmark advances have taken place in the last two years: India, Trinidad and Tobago and Angola were the latest to repeal such laws. Hopefully this will help further change in their regions.

There are 26 states that recognise same-sex marriage, and 28 that allow for adoption by same-sex couples.

The Pretoria high court judgment on Friday, which overturned the Dutch Reformed Church’s decision not to recognise same-sex unions within the church, ...
News
3 years ago

Lasizwe on his bro's 'homophobia': He'd never intentionally hurt me

Lasizwe's brother didn't even realise the comments were hurting him.
TshisaLIVE
3 years ago

Homophobia in Switzerland could get you three years in jail

It is now a crime to be homophobic in Switzerland.
News
3 years ago