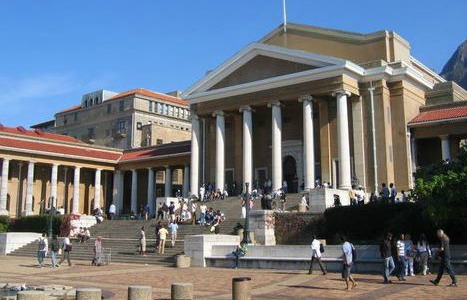 The University of Cape Town council will decide on Saturday whether to impose an academic boycott on Israeli universities.
Image: UCT Student @UCTStudent via Twitter

Zionists have joined the campaign against the University of Cape Town's (UCT's) proposed academic boycott of Israeli universities.

The SA Zionist Federation has asked UCT alumni for "urgent assistance in taking a stand against this dangerous attempt to attack Israel and undermine academic freedom at UCT".

In a statement on Tuesday, federation chair Ben Swartz and Cape chair Rowan Polovin said a boycott, which goes to the vote at the UCT council meeting on Saturday, would damage the university's reputation.

"It is imperative that UCT maintain its international standing, its relationships with all international universities, and the ability for UCT students and academics to freely engage their academic studies without restriction," they said.

"Over the past two years, there has been a concerted campaign at UCT to pressure the university to impose an academic boycott against Israeli universities.

"Despite the fact that the senate comprehensively rejected an academic boycott motion in November 2018, it was reintroduced in an amended format last week, and the senate passed it with a 62-43 margin (10 abstentions). The resolution is now being taken to council."

On Monday, Tami Jackson of UCT activist group Progress SA, said the boycott — proposed by UCT's academic freedom committee — "attempts to link institutional academic engagements to human rights-related factors that singularly focus on Israel's alleged actions, and no other country or territory in the world".

The fight to save UCT from this boycott begun when I was the chair of SAUJS at UCT.

To think it has gone this far is despicable - UCT is being used to perpetuate anti-Israel views by extreme anti-intellectual fascists .

Jackson said any curb on academic freedom would damage the reputation of UCT, where there was "an ever-increasing culture of antagonism toward liberal values in every sphere of our society".

In its statement announcing the outcome of the senate vote, UCT said if the council passed the measure it would mean a ban on "any formal relationships with Israeli academic institutions operating in the occupied Palestinian territories as well as other Israeli academic institutions enabling gross human rights violations in the occupied Palestinian territories".

'You should've died in the Holocaust': Joburg pupil shocked by anti-Semitic voice note

A grade 12 pupil at a Johannesburg Jewish school has relayed the trauma of receiving an anti-Semitic voice note from a pupil who attends a Christian ...
News
3 years ago