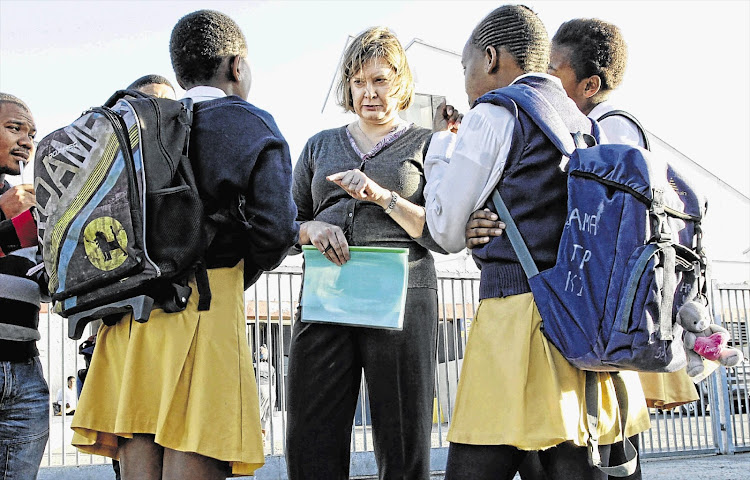 Delivering her final budget speech in the provincial legislature on Wednesday, Schäfer said Sadtu was opposing departmental plans to:

Schäfer said Sadtu had gone to court to challenge the bill that introduced school assessments and collaboration schools, and was also attempting to stop classroom observations by the new evaluation authority.

She said the arrival of 20,000 pupils this year from other provinces was putting her department under financial strain, because government funding did not follow the children to the Western Cape.

More than 16,000 children from other provinces have swollen this year’s pupil numbers, the Western Cape education department said on Friday.
News
2 years ago

“Each learner that enters the province costs the department around R15,500 for a primary school learner and R18,700 for a high school learner, excluding infrastructure costs. The cost over the last five years is more than R1.84bn,” she said.

Schäfer said this year’s arrivals alone meant 20 new schools were needed, at a total cost of R1.5bn, but only 11 were being built.

The R1.3bn special-needs education budget was also taking strain, “as families are literally moving across the country to find a place for their children in our schools”.

Two-thirds of the country’s special-needs matric pupils came from the Western Cape, which had only 12% of the population, she said.

The MEC said there had been at least 17 school stabbings so far this year, many of them linked to gang violence.

On the positive side, she said education had shown several improvements since she took office in 2014.

Results of maths and language tests in grades 3, 6 and 9 had all improved and the matric pass rate had increased by six percentage points, with particularly sharp rises in maths and physics results.

If you think it's hard for school pupils to wake up on a Monday morning, a study has revealed that doing so is also a problem for teachers who are ...
News
2 years ago

Shortly after the fatal stabbing of grade 11 pupil Kulani Mathebula in Johannesburg on Wednesday, Gauteng education MEC Panyaza Lesufi said it was ...
Opinion & Analysis
2 years ago

Matric Results: Western Cape might not be top, but it's in a class of its own, says MEC

The Western Cape might only be third in the 2018 matric league table, but its education MEC says it’s streets ahead of the rest of the country where ...
News
3 years ago