You got got! Springbok name change & other April fool pranks 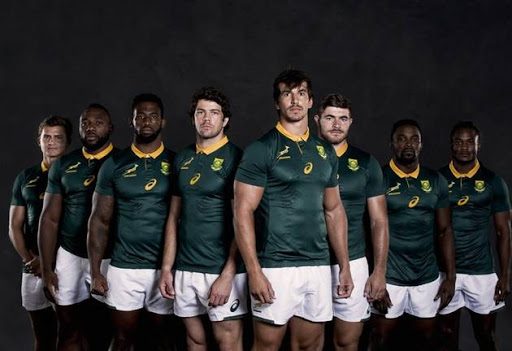 For those of you fell for the story about the Springboks changing their name - you got got.

eNCA on Monday morning reported that the team had changed their name to "Zebras", to reflect the country's racial diversity, and the colours black and white would do exactly that.

The report went on to "quote" one of the officials from the SA rugby association, who said the new black and white gear would debut in September during the World Cup.

It is not yet known what Botswana's national football team thought of the change - Bafana Bafana's counterparts really are nicknamed the Zebras.

While some tweeps caught on to the prank, others fell for it. Here are their responses:

A name change sucks period, but the Zebra's?! The Blue Crane's would have made more national "sense"... Zebra's? #Springboks

The symbolism feels a bit forced. But it’s a welcome change. It will take some getting used to. #OneBornEveryMinute

Wait!! We are changing the National Rugby team from the #Springboks to the #Zebras 🤭🤣🤣😂😂😂🤣 kumnandi in Mzansi guys 🤣🤣😂

The name change wasn't the only April Fools' joke that tricked many. Here are some of the others that were doing the rounds.

Car manufacturer Audi released a statement on Monday via their Twitter account, in which they announced a change to the brand's name as well as their logo.

Audi said its name was to change to "Odi", as this is how the brand name is mostly pronounced in South Africa.

The four rings of the brand's logo would have to follow suit and be replaced by a single large one, to represent "the unified approach" that the brand is embarking on.

Taking to the comments, tweeps made it clear that they would not fall for the April Fools' joke.

Not falling for this one pic.twitter.com/rpAR9xebPm

Forget black tax: All4women reported this morning that South Africans will soon fork out R10 to use public toilets. The publication said this statement was made by the department of water and sanitation, which was to have said the money raised would be used to clean up the Vaal river.

The publication clarified that the report was a joke.

Radio 702 breakfast show host Bongani Bingwa got the better of his listeners on Monday morning when he told them he would have a three-minute interview with R Kelly.

For some of the listeners Bingwa's story was believable, so much so that they also told their friends to tune in.

😒 I told my colleagues about the R-kelly interview, what must I tell them now?