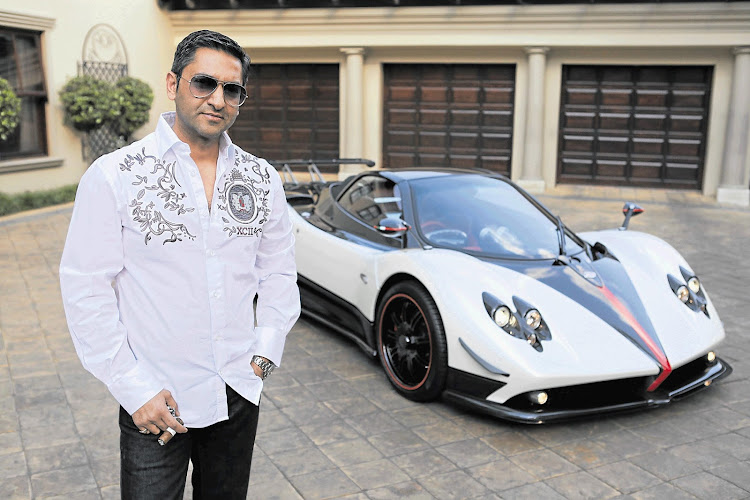 Zunaid Moti in a file picture with a Pagani Zonda made for him, worth about R10-million.
Image: James Oatway

A light business jet and helicopter were impounded briefly in Botswana after being made available to opposition leader Duma Boko for election campaigning by a South African businessman.

City Press reported on Sunday that the aircraft were made available to Boko, of the Umbrella for Democratic Change (UDC), for campaigning by businessman Zunaid Moti.

They were impounded by the Botswana Unified Revenue Service (Burs) for alleged customs contraventions.

Moti’s lawyer, Ulrich Roux, said the pilots were not aware of new customs regulations in the country – an explanation that was ultimately accepted and the aircraft were allowed to return to SA on Friday

TimesLIVE reported on Wednesday that Botswana had banned Bridgette Radebe, energy minister Jeff Radebe's wife, from entering the country visa-free. Local media had accused her of allegedly “meddling” in the country’s politics.

Moti, a controversial business tycoon, was arrested in Germany in 2018 after Russian authorities issued a 'red notice' for him.

Roux said, at the time, that the notice was not authorised and vetted by Interpol’s general secretariat. “Since August 2017‚ Moti has been subject of a litany of spurious and fraudulent claims made by a known member of the Russian mafia‚ presently resident in Dubai,” he added.

President Cyril Ramaphosa reportedly confronted defence minister Nosiviwe Mapisa-Nqakula over his unhappiness about having to use private jets owned by Moti in 2018.

He used the leased aircraft to fly to Botswana. He wanted to know why private aircrafts were repeatedly leased for his travels.

Billionaire businessman Patrice Motsepe's lawyers have written to BLF leader Andile Mngxitama, warning him to desist from accusing their client of ...
Politics
3 years ago

Controversial South African business tycoon Zunaid Moti has been arrested and is being detained in Germany.
News
3 years ago