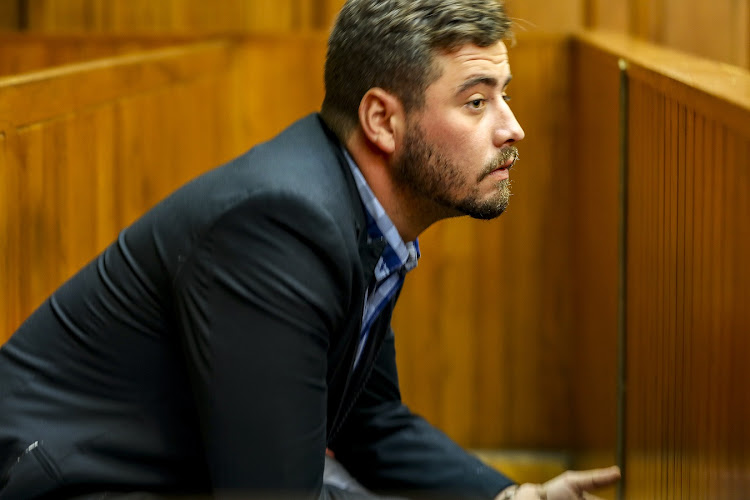 A Cape Town gym fanatic who bashed his friend's mother to death was so obsessed with body building that he pumped illicit testosterone-based steroids into his body.

On Thursday, the high court in Cape Town convicted Regard Groenewald – a brawny 25-year-old – of killing Hilary van Rooyen, 52, in her home in Durbanville in May 2017.

Groenewald admitted that he smoked dagga daily to help him focus on gym, and took illegal steroids. His habits are detailed in a 31-page judgment handed down by judge Derek Wille.

"The accused used cannabis for the first time at the end of his school career in 2012. According to him, he uses cannabis daily," the judgment reads.

"He would use cannabis by smoking it ... in a pipe and through a medium of water (called a bomb). According to the accused, the use of cannabis would have a relaxing effect on him and would make him concentrate and focus on his gym training. The side effect was that he became anxious." 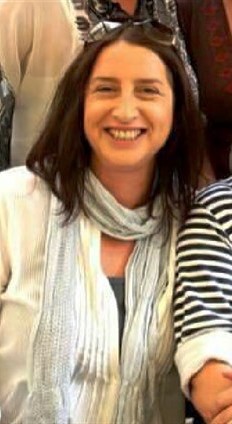 "Prior to this time, the accused had been on a cycle of taking testosterone-based steroids. These steroids are unregulated and illegal and are taken by way of an injection. They are taken on a period of 10 weeks and a post-steroid recovery period is thereafter recommended."

Groenewald attended school with one of Van Rooyen's sons. He said he had gone to her house to bid her farewell ahead of his departure to teach English overseas.

Groenewald claimed that he killed Van Rooyen because she made moves on him.

He said things got heated and he beat her up when he declined Van Rooyen's offer and she threatened to tell his girlfriend that he had tried to have sex with her.

According to the state, Groenewald killed Van Rooyen "by hitting her with his hands and beating her with a vase".

"The deceased came forward to hug me and I tried to give her a quick hug so I could leave. She grabbed me in a very passionate embrace and placed her hands on my bum. I tried to pull back but she held me tighter," said Groenewald.

Groenewald said he got annoyed and asked her, "what are you doing?"

"She seemed desperate and said 'what, don't you find me attractive?' I reminded her that I had a girlfriend and she said [something] along the lines of 'am I too old for you and not as attractive as your little girlfriend?'"

Groenewald said he "freaked out" and pushed her "forcibly" on the chest. She lost balance and fell down in front of him.

“She … shouted 'look at what you've done, you've assaulted me. I will tell everyone that you came on to me and beat me up'.

"She kept repeating that she will tell my girlfriend that I tried to have sex with her and beat her up.

The high court in Cape Town has convicted a self-confessed dagga addict who claimed he killed his friend’s mother for making moves on him.
News
2 years ago

"It happened so quickly but I grabbed the nearest object off a table and tried to hit the deceased off me. It happened to be a glass vase. I think I hit her twice in succession. She slumped forward face down on the ground," said Groenewald.

He said he panicked and grabbed her cellphone and keys, which he threw away as he drove off.

"At that stage I thought maybe I had killed her and was terrified," he said. "I drove home and immediately smoked cannabis. I smoked about a gram of cannabis."

He was arrested a few days later after CCTV footage showed him driving away from Van Rooyen's home. Groenewald confessed but denied that he intended to kill Van Rooyen.

The court found him guilty of the "murder of Hilary van Rooyen" and "theft of items belonging" to her.

His bail was extended, with stricter conditions. Sentencing procedures will resume on August 6.

How can I ignore Packham's life of deceit, murder trial judge asks lawyer

The judge trying Rob Packham for his wife's murder peppered the Cape Town businessman's defence attorney with questions as he began his closing ...
News
2 years ago

A self-confessed member of the “27” gang was sentenced to 12 years' imprisonment on Thursday for his role in a double shooting related to an ...
News
2 years ago