How can I ignore Packham's life of deceit, murder trial judge asks lawyer 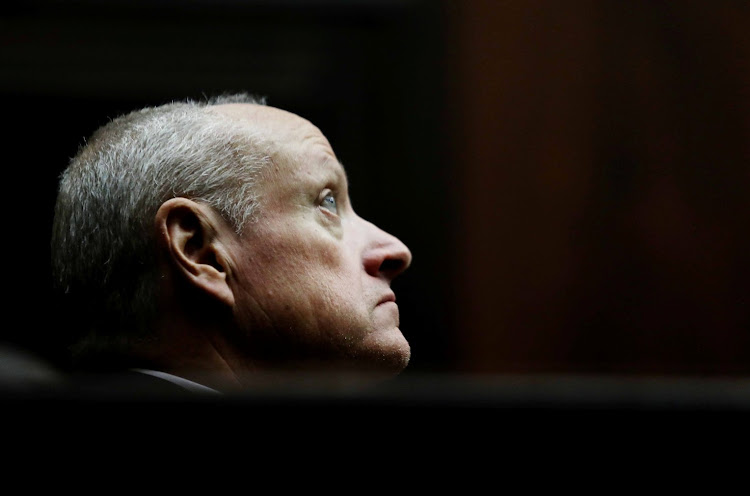 The judge trying Rob Packham for his wife's murder peppered the Cape Town businessman's defence attorney with questions as he began his closing arguments on Thursday.

"He led a double life, he deceived his wife, sister, daughter. He was still going in a relationship with [his mistress] and none of them knew," judge Elizabeth Steyn told advocate Craig Webster in the Cape Town High Court. "How must I ignore that?"

Webster focused on discrediting the identifications made by the state's witnesses, who pointed out Packham in photographic identity parades and in the dock.

"The circumstances of the photo ID parade were tainted by a range of irregularities and cannot be relied upon," Webster said.

Before the parade, he said, the witnesses had chances to converse with each other, and images of Packham were published in the media.

Webster also told the court Packham's photograph was used as the basis for the other provided pictures, rather than building the parade around the witnesses' own descriptions of a young, coloured male.

"With respect, my lady, it's a farce. That's a self-fulfilling process," Webster said of the parade.

In March, witness Paul Gray identified Packham as the white male he saw banging the steering wheel in a green BMW, the same car Packham's wife, Gill, drove, and in which her burnt body was found.

The same day in court, Gray also pointed to another person while identifying the man in the BMW. He later clarified his identification by placing a hand on Packham's shoulder.

"It's not rocket science," Webster said of dock identifications, stating that witnesses saw the accused in isolation and were subsequently led to conclusions regardless of whom they believed they had seen.

"In all seriousness, the person who was sitting in the back of the court looked similar to the accused, and wore a similar outfit," Steyn replied.

Webster continues to present his closing arguments on behalf of Packham, who allegedly murdered his wife, put her body in the boot of her car and set it alight at the Diep River railway station last February.​

Rob Packham killed his wife 'to get out of a tight spot', says prosecutor

Rob Packham found himself in a "tight spot" between two women and attempted to extricate himself by killing his wife, the Cape Town high court was ...
News
2 years ago

‘I love my life, but I don’t love my wife’: state paints ‘wife-killer’ Packham as dishonest

Wife-murder accused Rob Packham told the High Court in Cape Town on Monday how upset his wife Gill was when he admitted in a counselling session he ...
News
2 years ago