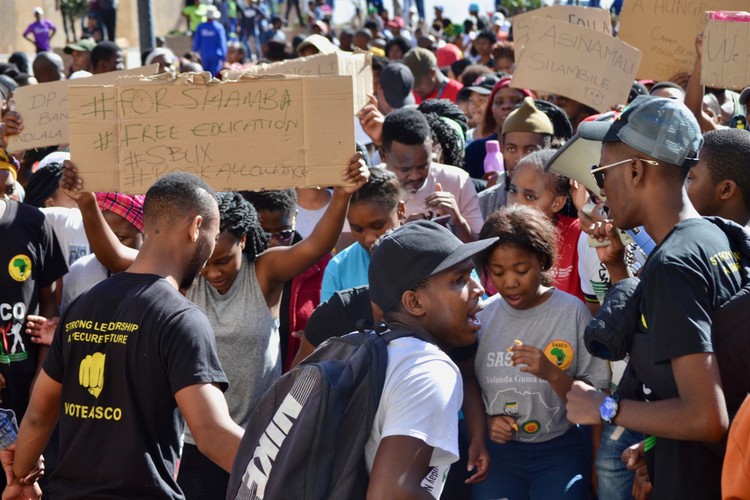 This after it announced a new show, NSFAS Uncapped, that will air on SABC 1.  It will focus on  higher education and training.

Aspirant television presenters have started posting their audition clips on social media. Others  have lamented not receiving funding from the scheme, despite being eligible.

"TV show for what when some of us are at home because they didn't lend us money despite meeting the requirements?" asked one Twitter user. Some suggested the scheme hire NSFAS beneficiaries who are pursuing careers in media.

Attempts by TimesLIVE to obtain comment from NSFAS have been unsuccessful.

Ninjani guys when there are students camping in labs on hungry stomachs because they're waiting on your responses?

NSFAS doesn’t need all this, they just need to fund students. Put the money where it’s needed.

If only they could master what they supposed to do. Which is fund students.

The government has failed us as young people, I really don't see the necessity of a TV show while, some kids are unemployed and learners with average marks don't qualify for the nsfas @MYANC

There is NO need for this!

TV show for the what whilst some of us are at home because they didn't lend us money despite meeting the requirements? 😤 pic.twitter.com/tBXjV9LWOV

You have paid money to Media studies students,
Hire them in numbers.... Stop going for only Gauteng famous Young people.

NSFAS funds not being spent on textbooks, warn book sellers

National Student Financial Aid Scheme (NSFAS) allowances deposited into students accounts for textbooks are not necessarily being used to buy them, ...
News
2 years ago

The National Student Financial Aid Scheme (NSFAS) has blamed Unisa for leaving students in the lurch.
News
2 years ago