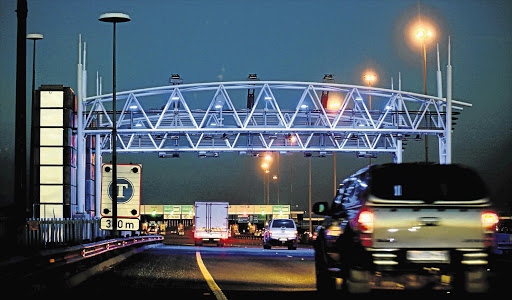 Outa has slammed Electronic Toll Collection's claims that 38,000 jobs could be indirectly lost if e-tolls are scrapped in Gauteng.
Image: Simon Mathebula

Outa has slammed claims by the Electronic Toll Collection (ETC) that 38,000 jobs could be indirectly lost if e-tolls are scrapped in Gauteng.

“ETC employs approximately 1,200 staff, yet it sucks around R60m from Gauteng motorists’ pockets each month to finance an administrative system that has failed to meet its objective of financing a R20bn road upgrade bond,” Outa said in a statement on Tuesday.

Centurion Rekord reported that ETC CEO Coenie Vermaak made these claims after transport minister Fikile Mbalula hinted at that e-tolls might be scrapped.

Vermaak reportedly said that forums hosted by ETC found “when it comes to financing roads, the user-pays system is the best solution”.

“South Africa has financed provincial and national roads using [National] Treasury allocations to Sanral and the provincial administration for decades. To imply that road construction and subsequent jobs will be lost if the e-toll scheme is scrapped is a misleading statement that smacks of sensationalism and desperation.”

Outa executive director Heinrich Volmink said: “We regard the e-toll scheme as one of [the] government’s biggest policy blunders since democracy and for ETC to suggest that this scheme will ever achieve its original aim is outrageous.”

At least three trucks were torched at a depot in Balgowan in the KwaZulu-Natal  midlands, while another caught alight after its brakes failed at the ...
News
3 years ago

Motorists have been warned to stay off the N3 between Johannesburg and Durban after dark, as deadly attacks on foreign truck drivers surge.
News
3 years ago