Samwu 'smells a rat' after home of general secretary is burgled 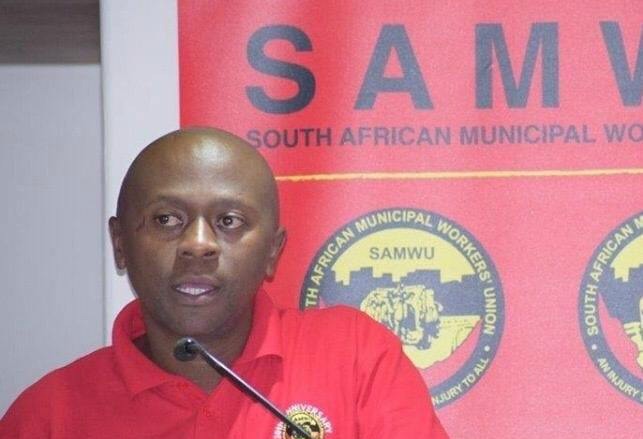 The SA Municipal Workers' Union (Samwu) says it "smells a rat" after a break-in at the home of general secretary Koena Ramotlou.

“We believe that this break-in was not a mere coincidence, but an intentional and planned attempt to intimidate the GS and source information about the union," Samwu said.

"Our eager and devoted standpoint on the corruption of municipalities has upset several individuals that we believe are implicated in the corruption.”

Ramotlou’s work phone and laptop were stolen during the break-in in the early hours of Wednesday morning. The incident was reported to the police.

Samwu said municipalities had become a “breeding ground for corruption and fraud”, and offered a “free pass for all to do as they please”.

“Our members cannot continue to experience injustices in their workplaces. The recklessness that is displayed by municipal leaders in cheating their employees out of their hard-earned money, which is discernibly too little to sustain their lives, is evident enough to prove that unions still have a lot to fight for.”

Auditor-general Kimi Makwetu said last month that only 18 of SA’s 257 audited municipalities scored a clean audit in the 2017-2018 financial year.

Countrywide, the deterioration is getting worse, with clean audits continuing to decline since the 2015-2016 financial year. Then, 48 municipalities received clean audits. This dropped to 33 in the following years and, further, to just 18.

SA’s municipal workers are “preparing for war”.
Politics
2 years ago

The SA Municipal Workers' Union (Samwu) on Wednesday accused municipalities of cheating workers of their hard-earned money.
News
2 years ago