‘Batchelor was my bud’: arrested PI breaks his silence 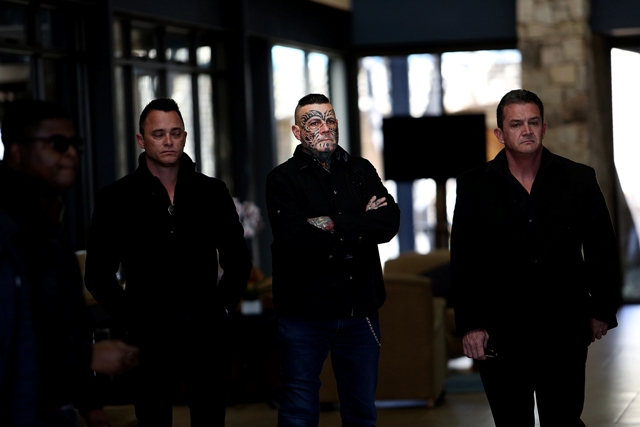 Private investigator Jean Cotton (centre), a close friend of murdered soccer hero turned debt collector Marc Batchelor. Cotton was initially arrested for defeating the ends of justice for being in possession of Batchelor's alleged phone. All charges against him were dropped.
Image: Alon Skuy

The Johannesburg private investigator arrested in connection with the alleged theft of the cellphone of slain soccer hero turned “bad boy” debt collector Marc Batchelor, has broken his silence.

Jean Cotton, speaking to Times Select on the fringes of Batchelor’s funeral in Midrand on Thursday, slammed his arrest, which he described as “sickening”.

“My lawyers are preparing to litigate against the police for what they did to me. Marc was one of my best mates. He had come to me for [financial] help when those who were closest to him had abandoned him. Why would I do anything to harm the investigation into his death?” he said.

Cotton, who was taken in for questioning at the weekend by Gauteng Organised Crime Unit detectives for allegedly being possession of Batchelor’s cellphone, was released on Monday after all charges against him were dropped.