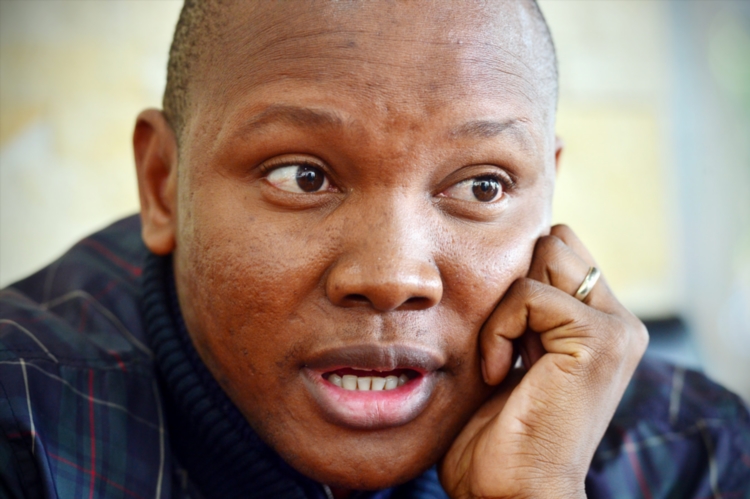 Nkosana Kenneth Makate, the inventor of Please Call Me, says he's had enough of the fighting and will accept the court finding on his R10bn claim against Vodacom.
Image: Gallo Images / City Press / Leon Sadiki

Please Call Me inventor Nkosana Kenneth Makate, who is challenging a R47m settlement offer in a court case, is hoping to extract more than R10bn from Vodacom.

However, he conceded on Monday that should the court rule in favour of Vodacom, it would be the "end of the road" for him in the drawn-out legal wrangle over compensation.

“I don't have plans with the money as such, but there are many projects I’ve thought about venturing into. But if the court rules in favour of Vodacom, it will be the end of the road for me on this matter and I will take the amount the court decides on,” Makate told TimesLIVE on Monday.

“It would not be the first time a court has ruled against me.”

As per a Constitutional Court order that the parties negotiate a reasonable compensation arrangement, Makate’s team has done its homework and determined that R10.25 billion (including interest) was owed to their client.

Makate is challenging the R47m which Vodacom offered him for the idea. The amount was determined by group CEO Shameel Joosub.

Makate wants 5% of the total revenue - which his legal team calculated to be R205bn - Vodacom generated from Please Call Me, with interest, from March 2001.

Makate said in his court application he will also seek a common law order to be implemented so there will be rules guiding negotiation processes in future.

When the Constitutional Court ordered Vodacom and Makate to negotiate in good faith on an amount, “there were no rules guiding the process”, which Makate said made the process extremely difficult.

“What I experienced, I don’t think anyone should ever experience. It was hectic because you are dealing with a powerful company, where people are seeking to do things that should not be done,” he said.

Makate, who is married and has three daughters, is currently employed as an accountant with the South African Local Government Association.

His advice to young inventors is: “Believe in your concepts no matter how small they are, especially if they help to solve a problem. Guard yourself. Make sure all the t’s are crossed and all the i’s are dotted so you don’t find yourself in the position I find myself in today.”

Vodacom pays ex-worker for ‘Please Call Me’ idea after deadlock

Vodacom Group Ltd. is paying out “reasonable compensation” to a former employee of the South African mobile-network operator for his idea to develop ...
Business Times
3 years ago

Kenneth Makate’s Please Call Me victory barely six weeks ago has disintegrated into a clash between lawyers and investors who financed his case in a ...
News
6 years ago

The man who fought since 2001 to be compensated by Vodacom for a concept he came up with‚ has no hard feelings towards the cellphone giant.Nkosana ...
News
6 years ago