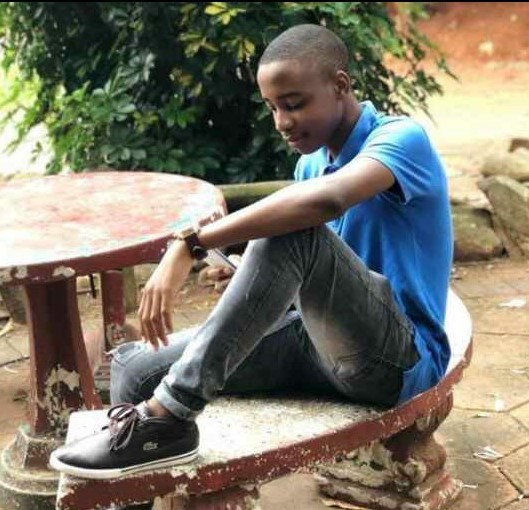 Sandile Ndlovu, 18, is on life support after being brutally assaulted in a lecture room on DUT's Steve Biko campus on Monday. His family face harsh choices regarding his treatment.
Image: Twitter/@realsiyauyazi

An 18-year-old first-year industrial engineering student from the Durban University of Technology's (DUT's) Steve Biko campus is fighting for his life after being brutally assaulted on Monday.

Sandile Ndlovu was taken to Durban's City Hospital about 7.15 that evening and is on life support.

Ndlovu's uncle, Tshepo Mokoena, said the family, from Nelspruit, was informed that the incident occurred about 5pm. He rushed to Durban when he heard the news.

Mokoena said university officials told the family they suspected Ndlovu was the victim of a robbery, but that no further help was forthcoming because there was no video footage.

“His head was smashed against the wall and he was also stabbed in the head. He has a fractured skull and his brain is swollen. His cellphone and laptop were taken.”

Mokoena said the family had been given three options regarding Ndlovu's life.

“Option one was to switch off life support, option two was to stop medication and option three was to continue with life support. We chose option three because the doctors told us the swelling is coming down and we are hopeful he will recover.”

In a lecture room above this library my nephew #SandileNdlovu was brutally attacked. He is in ICU with a cracked skull. #DUT refuses to give us answers. We will not give up, you will answer us @DUT_Tweets https://t.co/lF5Tpe1GYG

DUT senior director of corporate affairs Alan Khan said the university was assisting the police with their investigation.

“This criminal and violent attack against Mr Ndlovu happened inside a lecture venue on campus and, unfortunately, the university does not have security guards stationed inside each lecture venue. The Student Services Department remains in daily contact with Mr Ndlovu’s family and the entire university community is praying for Sandile during this challenging time.”

Mokoena said the family was grateful for the university's assistance in arranging transport and accommodation for them.

He urged anyone with information to come forward.

“You must not be scared, even if it was a fight and Sandile was in the wrong. We are not concerned about that. All we want to know is what happened so the family can have some sort of peace,” he said.

On Thursday, DUT students dressed in black marched to the vice-chancellor’s office calling for #JusticeForSandile.

The hashtag, which has been gaining momentum on social media, calls for DUT to provide details of what may have occurred.

Police confirmed that a case of attempted murder had been opened.

Another University of Fort Hare student has died on campus after he was apparently stabbed by a fellow student.
News
2 years ago

A University of Johannesburg graduate has been slapped with a 15-year term of imprisonment for stabbing and bludgeoning his flatmate to death with a ...
News
2 years ago