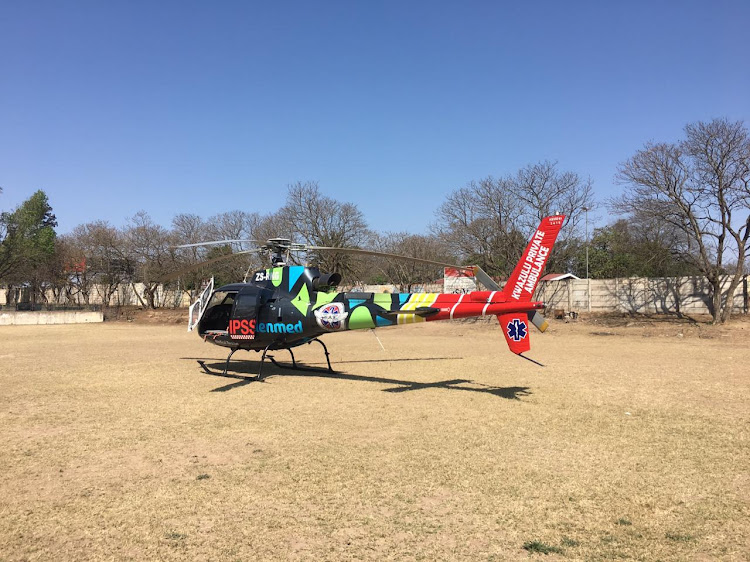 A KZN dairy farmer injured in the Eastern Cape on Tuesday morning has been airlifted to a hospital in Pietermaritzburg.
Image: Lenmed

A KwaZulu-Natal man who was stabbed at Hluleka Nature Reserve, near Mthatha in the Eastern Cape, is being airlifted to a Pietermaritzburg hospital on Tuesday afternoon.

The man was stabbed during the early hours of Tuesday morning.

His wife was stabbed repeatedly and died at the scene.

IPSS Medical Rescue's Paul Herbst said the man was stabilised at an Eastern Cape hospital before being airlifted by a Lenmed One helicopter on Tuesday afternoon. The helicopter is expected to land in Pietermaritzburg shortly after 4pm.

"The guys are currently busy on the mission and should be landing shortly in Pietermaritzburg with the critically injured patient," said Herbst.

The man is a manager of a well-known dairy farm in Underberg. He and his wife had booked into a chalet at the reserve on Monday and were expected to check out on Thursday.

They are believed to have been in the Eastern Cape for a wedding.