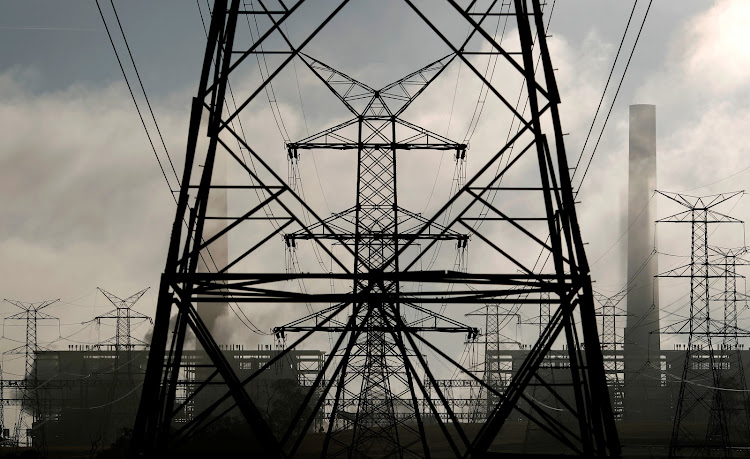 Not only does City Power have to contend with load-shedding but it also has system failures because equipment is not properly maintained. Cable thieves take advantage of load-shedding by stealing cables when the power is switched off.
Image: REUTERS/Tim Wimborne/File Photo

Cable theft, failure of ageing infrastructure and a restraint on human resources are some of the problems faced by City Power Johannesburg during rotational load-shedding.

“Our electrical infrastructure was not meant to be switched on and off, because of the problems that comes with that,” City Power spokesperson Isaac Mangena told TimesLIVE on Thursday.

Not only does City Power have to deal with load-shedding across the city, but it also must overcome system failures.

“Load-shedding affects the life-span of the equipment itself and it also leads to system failures during restorations.”

On Wednesday during the first day of stage 2 load-shedding, certain sections in Randburg’s electricity supply were not restored at the scheduled time.

Mangena said this was mainly due to failure in the system.

“When the system has been off and the new current comes through, it cannot handle it, so it trips. And we don't know about it until customers lodge calls.”

He said load-shedding was also a perfect opportunity for cable thieves to strike.

“They know the schedules, and where there is no electricity they go in and take the cables out and sell them to scrapyards.”

Again, this was normally noticed only at a later stage when Eskom restored power to the area, he said.

Mangena said in the past the city’s equipment was not properly maintained and serviced, adding that there had been no new substations built.

“The ageing infrastructure fails to handle the pressure of the on and off. At times cables explode - we saw this with the previous load-shedding where our equipment was damaged.

“It also puts restraints on our resources. We receive a lot of calls from the public.”

Eskom on Wednesday warned that load-shedding was expected to continue all day on Thursday.

Eskom's acting group executive, Jabu Mabuza, said the implementation of stage 2 load-shedding was to protect the power system from a total collapse or blackout.

The rotational power cuts were needed because the electricity system had become “severely constrained”, the statement said. “We understand the inconvenience that comes with load-shedding and want to assure our customers and South Africans at large that our objective is not to implement load-shedding; if necessary, to do so at minimal levels, with as much predictability as possible,” Mabuza said.

Eskom warns of load-shedding all day on Thursday

Thanks, Eskom. This load-shed misery is going to cost SA R2bn a day

After 206 days without power cuts, SA again plummeted into darkness on Wednesday when Eskom implemented stage two load-shedding in a bid to protect ...
News
2 years ago