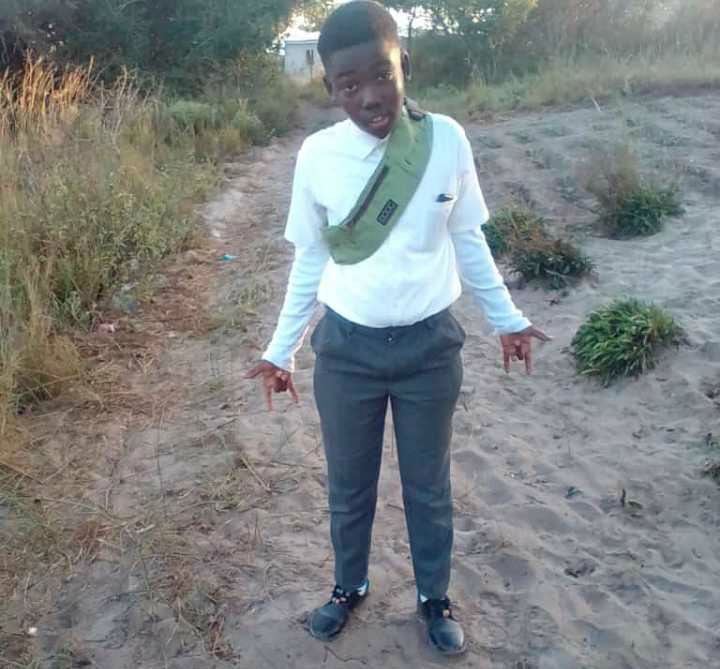 Lwazi Andile Tembe,12, went missing in September. His body was discovered in a shallow grave in Emanguzi, northern KwaZulu-Natal, on Wednesday.
Image: SAPS

A KwaZulu-Natal teacher has been arrested in connection with the death of a 12-year-old pupil, whose body was discovered in a shallow grave at a sports field in Emanguzi, northern KZN.

In a statement on Thursday, police said Lwazi Andile Tembe had gone missing on September 30.

“It is alleged that on September 30 2019 at 10am, Tembe left his home in Thengane Reserve to visit a schoolteacher who had asked to help him with his school work,” said police spokesperson Brig Jay Naicker.

Naicker said at about 2pm, Tembe's mother attempted to contact her son but his phone went to voicemail.

“She then contacted the teacher, who denied ever inviting Lwazi for a visit or communicating with him.”

“A case of kidnapping was opened at the Emanguzi police station and transferred to the Jozini family violence, child protection and sexual offences unit for investigation.”

“On Wednesday night the Jozini unit arrested the 33-year-old teacher for murder and kidnapping. Lwazi’s body was discovered in a shallow grave at a sports field in Emanguzi,” he said.

The teacher appeared at the Emanguzi magistrate's court on Thursday facing charges of kidnapping and murder, where the case was remanded to November 6 for a formal bail application.

“It’s disheartening when the people who are trusted by our youth are the same people harming them. We believe the law will take its course because there is no one who is above the law,” said KwaZulu-Natal provincial commissioner, Lt-Gen Khombinkosi Jula.

A Gauteng man is being sought by Mpumalanga police after the body of a young woman was discovered buried in a shallow grave at Pienaar near Nelspruit.
News
2 years ago