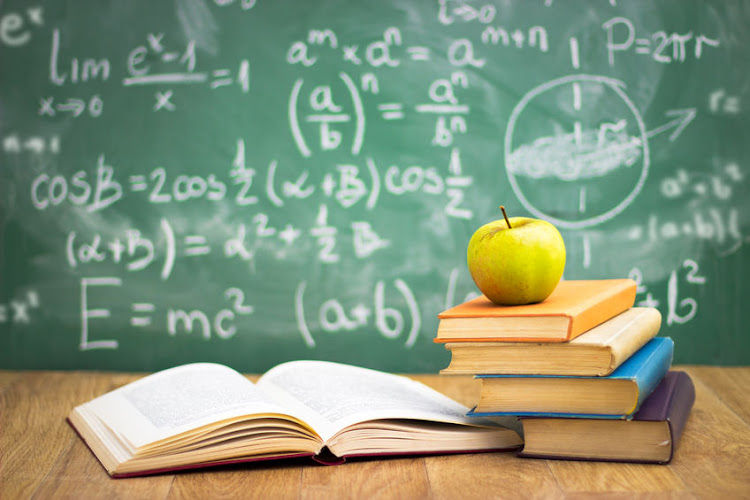 Instead of committing billions to bail out Eskom, SAA and other battling state-owned enterprises, finance minister Tito Mboweni should rather have committed the funds to address urgent education priorities, says Equal Education.
Image: 123rf/Dusanka Visnjican

The government should prioritise the wellbeing of children instead of tolerating mismanagement, inefficient spending and the looting of the state's coffers.

Equal Education said bailouts given by Mboweni to a number of state-owned enterprises could have been used to cover “urgent priorities” in the country's schools.

While the government was able to fund bailouts for almost every entity, including SAA and Eskom, pupils had to contend with reductions in projected spending on education and cuts in infrastructure grants, it said.

It gave examples of what the bailouts to these entities — which have been mired in mismanagement — could have been used for in schools.

Equal Education said projections for allocations to basic education in the 2020/21 financial year had seen a pattern of downward revisions. 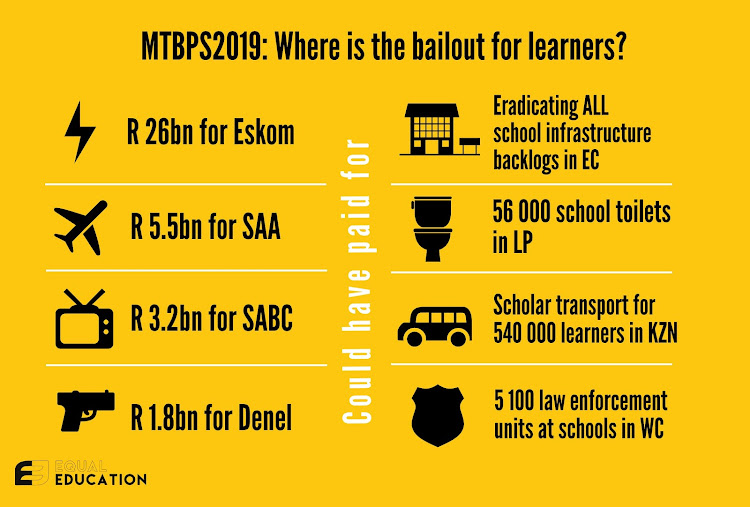 The organisation said Wednesday's medium-term budget policy statement announced cuts to all conditional grants, except for the early childhood development grant and the grant for pupils with disabilities.

It said the budget for the school infrastructure backlogs grant (SIBG), which allocates money to the department of basic education to build schools, continued to decline, with a projected R350m real decrease in the next financial year.

Equal Education said the SIBG funded the nationally administered accelerated schools infrastructure delivery initiative (Asidi). From its inception in 2011, Asidi had been allocated a total of R15bn, but spending on this programme had been erratic.

The organisation said efficient spending of SIBG funds was another challenge for the education department.

“While they have, on average, spent 70% of the budget per year, Asidi's progress with meeting its targets over the past eight years has been worryingly slow.”

Equal Education said Asidi continued to perform poorly in the first half of 2019/20 and did not look set to meet its annual targets.

“Between April and September, only 11 schools were built against a target of 51.”

Equal Education said the country's education system was fraught with inequalities that favoured those who could afford to pay and access better-resourced schools.

It said the education budget was one of the tools the government could use to address these inequalities and ensure that all learners had an equal opportunity to have a good  basic education.

“At some point the government has to be brave enough to ensure that the difficult trade-offs it has to make prioritise the wellbeing and rights of the people and children of this country, instead of tolerating mismanagement, irregular and inefficient spending and the looting of the state's coffers.”

Finance minister Tito Mboweni has slapped cabinet ministers, premiers and MECs with a pay freeze as government revenue took a pounding amidst a ...
Politics
1 year ago