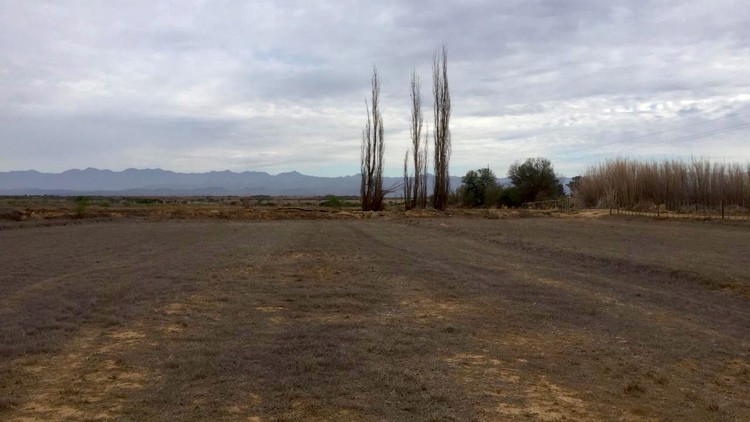 “The effects of climate change are unfolding before our eyes.”

The number of farms in South Africa has declined by more than two-thirds compared to the early 1990s, says a 2018 GCRF-AFRICAP report.

According to the draft 2019 National Climate Change Adaptation Strategy, in South Africa “the observed rate of warming has been 2°C per century or even higher” which is higher than the global rate of warming.

Before the end of this century, a 2018 Department of Environmental Affairs report estimates, SA’s average temperature increase will be higher than 6°C in some parts of the country.

Unreliable yields, food shortages and higher costs are plaguing farms, Hunter said. These problems contribute to unemployment, housing and food price spikes, migration, and other unseen effects such as health problems, lack of access to services, and degradation of rural land.

In response, some farms in the wine industry are trying new crop production methods. As the average price paid per ton of grapes is not worth the production costs, wine estates are aiming for smaller volumes of higher quality grapes for top-end wines.

Muratie in Stellenbosch kills off half of its crop of certain varietals every season to make a more concentrated grape, according to the tasting room manager Lawrence White.

An estimated 200 fields were cleared in the Groenland water management area and the Lower Olifants water management area in 2017 and 2018 due to a drop in production, according to a recent case study conducted by WineLand Media. These fields accounted for almost 5% of all vineyards and orchards in the Groenland and Lower Olifants region. The primary reason for falling crop production is the lack of water.

“Irrigation currently accounts for 60% of water use from SA’s stored water systems, but this sector is vulnerable to changes in seasonal rainfall that influences the inflows into our dams and rivers,” said Hunter. “Farmers are no longer assured that the annual allocation of water usage rights for irrigation will be consistent through the years, and find themselves increasingly in competition with other water users for scarce resources.”

For Capetonians the drought broke in 2019, but Western Cape farmers continue to endure an exhausting drought that began in 2015 or 2016, depending on the area.

Farmers like Laubscher Coetzee, an ostrich and alfalfa farmer in Oudtshoorn, are struggling to adapt.

“It’s one thing to have a drought for one or two years, but it’s stretching up to the fourth year and there’s no alfalfa alive on the fields. If you fly over the area it looks black from the sky,” said Coetzee. 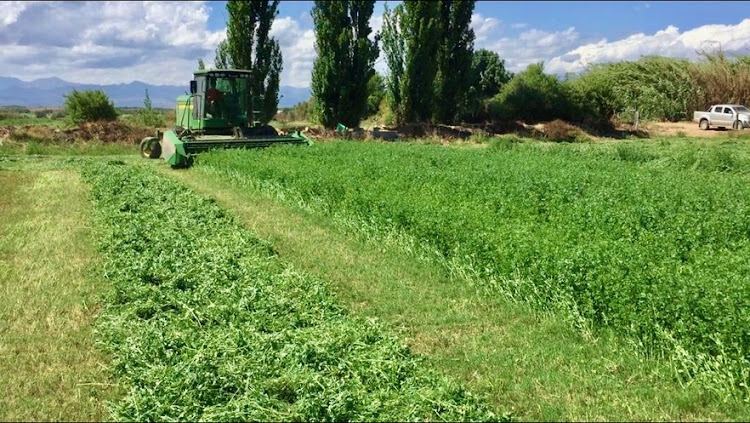 Laubscher Coetzee’s farm in Oudtshoorn in December 2015. The same three cypress trees can be seen in the top picture.
Image: Supplied

Oudtshoorn farmers estimate they’ve lost billions of rands since the drought began. They say the average yearly harvest of lucerne seed has declined from 550 to 50 tons, ostrich production numbers have dropped by 60,000 birds, and the number of livestock animals available for auction has also “seriously decreased”.

Coetzee described how farmers are trying to adapt. The first thing is to reduce the wage bill. He has decreased his full-time workers from 20 to eight. Other farmers are reducing work hours and not replacing retired workers.

Some farmers have emigrated, said Coetzee. Many of those who stayed are turning to tourism. “Opening up farm accommodations for tourists … It’s the only way many of us will survive,” said Coetzee.

He says many argue that the solution is to diversify. “How do you diversify without water?” asks Coetzee. “Certain areas in this country will become arid areas where you can’t farm any more because of climate change. I’m serious. My farm looks like a gravel road right now.”

A million farm jobs at risk because of drought, says experts

SA has more than enough water. But water experts say that with R9bn worth of water wasted every year through leaks and poor management, there are few ...
News
2 years ago

In the Western Cape, the department of agriculture has estimated that about 33,000 jobs in the agricultural sector have been lost since the drought began.

“The agricultural sector has no choice but to implement mitigation, adaptation and risk avoidance measures if it wishes to remain viable,” said Rabie. He said these included employing efficiency-enhancing technology such as micro irrigation, and using satellite imagery. He said flexible insurance and financing was also needed. Farmers also needed to anticipate changes in consumer behaviour, as awareness about the causes and effects of climate change grew.

“We have to ensure greater co-operation between all role-players, including government. Comprehensive disaster management structures and processes are still lacking in South Africa, although becoming ever more vital,” said Rabie.

WATCH | Scorched earth: no end in sight for drought-stricken QwaQwa

Water and sanitation minister Lindiwe Sisulu says the country must brace for a long dry season and urged consumers to do "whatever we can to save ...
Politics
2 years ago