Water crisis: residents take to the streets in protest as Laudium reservoir drops to 4% 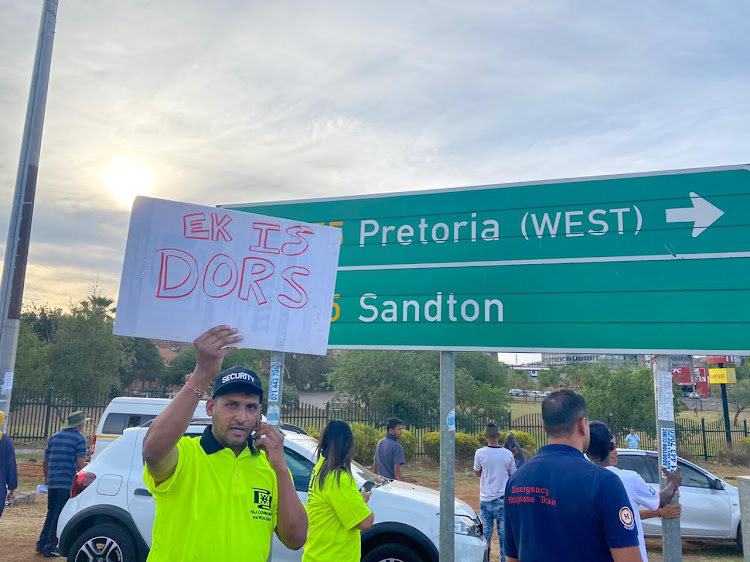 Tensions are simmering in Laudium, southwest of Pretoria, after the level of its reservoir dropped to just 4% and residents were urged to “tighten up” efforts to conserve water.

“It is clear that the water demand is extremely high because of the high temperatures currently being experienced and the reservoirs cannot keep up with the demand,” said a statement by City of Tshwane MMC for utility services Abel Tau on Thursday.

Tau said the city had isolated the reservoir’s outgoing supply and added that it would be opened as soon as it had recovered.

Disgruntled Laudium residents took to the streets to voice their frustrations on Thursday afternoon, blocking the entrance into Laudium along the R55.

“We are really fed up. Enough is enough. The Laudium reservoir is empty and I’m not told why.

“Laudium has been repeatedly targeted. We were without water for over four days, two weeks ago. Anger is running high,” ward councillor Farouk Essop said.

“We are considering that. Why is this community again been targeted?”

Abramjee said the council had failed to communicate about the water cut. “This is unacceptable.”

Later on Thursday afternoon, water was restored to the area.

Tau urged residents to “tighten up efforts” to conserve water.

“Water conservation simply means using our limited water supply wisely and caring for it properly. While the supply seems abundant, water is not a limitless resource. Without conservation efforts, this vital resource may be exhausted,” said Tau.

Water has been restored to Hammanskraal

Water has been restored to Hammanskraal after taps ran dry a few weeks ago, the City of Tshwane said on Thursday.
News
2 years ago

‘There are even worms coming out of the taps’ – Hammanskraal resident

The water crisis in Hammanskraal, north of Pretoria, is so bad that there are allegedly even worms coming out of the taps.
News
2 years ago