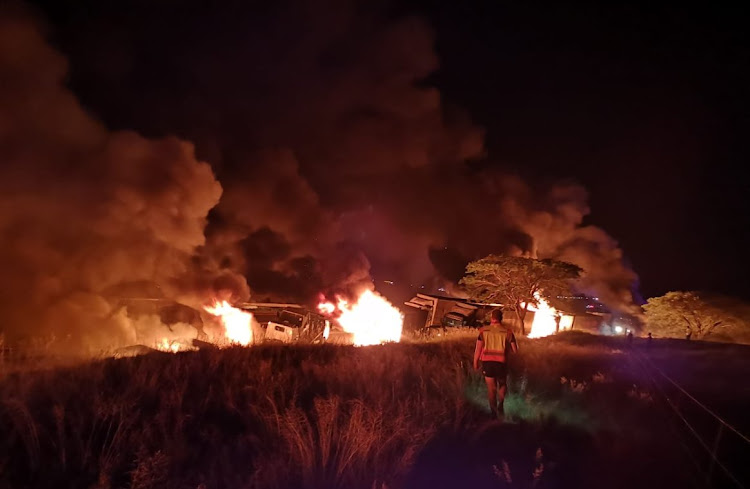 Fire fighters worked throughout the night to bring the fire under control.
Image: RIOT & ATTACK info SA via Twitter

A fuel tanker carrying petrol and diesel caught fire due to a mechanical failure on the highway. It was parked in a lay-by near the Pyramid Motel.

“Fuel leaked from the burning trailer across the road and also caught alight, setting another four trucks stacked at the scene on fire,” the N3 Toll Concession said.

Fire fighters worked throughout the night to bring the fire under control.

Mop-up and recovery operations are expected to continue for most of Monday.

An extensive backlog of southbound traffic is also being experienced at Tugela Toll Plaza near Ladysmith.

Road users are advised to use alternative routes.

A truck has burst into flames on the M7, west of Durban, after a multiple-vehicle accident on Wednesday
News
2 years ago