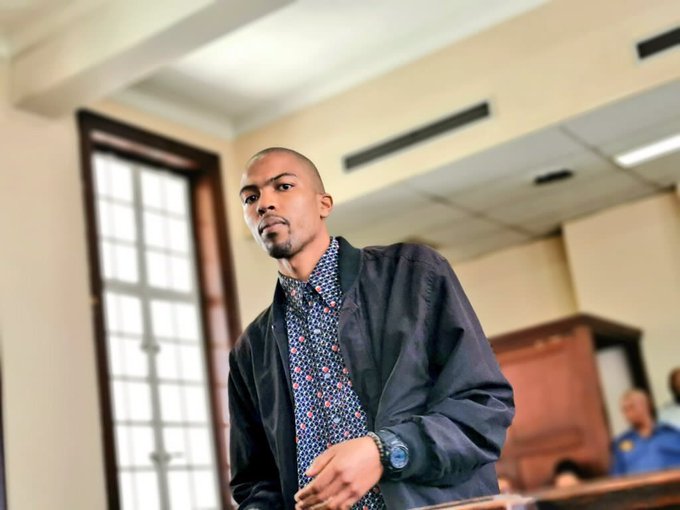 Kanya Cekeshe was sentenced to eight years in prison, three of which were suspended.
Image: Tyrone Mkansi via Twitter

Fees Must Fall activist Kanya Cekeshe will spend Christmas at home after being released on parole from Johannesburg's Leeuwkop prison in the early hours of Tuesday morning.

A friend, Nkanyiso Ngqulunga, who has been campaigning for it, told TimesLIVE: “He is doing good and very happy about his release. He is now with the family.”

A former media studies student at Footprint Academy in Braamfontein, Cekeshe lived in Johannesburg with his parents, Ngqulunga said previously. He has three siblings.

He was one of thousands of prisoners who benefited from a remission of sentence for certain categories of prisoners, which was announced by President Cyril Ramaphosa on December 16.

Cekeshe has been in Leeuwkop prison since December 2017, after being sentenced to an eight years in prison, three of which were suspended, for public violence and malicious damage to property. He pleaded guilty to setting a police vehicle alight during a #FeesMustFall protest in 2016.

Convicted #FeesMustFall activist Kanya Cekeshe is not a violent person, said a fellow activist and friend
News
2 years ago

Cekeshe was the only Fees Must Fall activist who remained in prison.

A month ago, his lawyer, Wikus Steyl, said he had been admitted to hospital. “He is suffering from extreme mental health problems ... We are in the process of arranging a private psychiatrist and psychologist to urgently consult him.”

His uncle, Mnikelo Madala, was unaware of any mental health issues. He said a week ago of Cekeshe's time behind bars: “This has been a challenging period for the family, as we only got to see him during the weekend visits (in prison). The last time we saw him, he was coping very well.”

Before his release, efforts were launched to expunge his criminal record.

In June, Cekeshe's legal team petitioned the high court in Johannesburg to appeal his conviction and sentence. He argued that he did not get a fair trial.

In October, minister of justice and correctional services Ronald Lamola said: “We're in the process of urgently assisting him with an application for presidential pardon or other legally available avenues.”

The South African Prisoners Organisation for Human Rights (Sapohr)  on Monday welcomed the release on parole of AbaThembu King Buyelekhaya ...
News
2 years ago