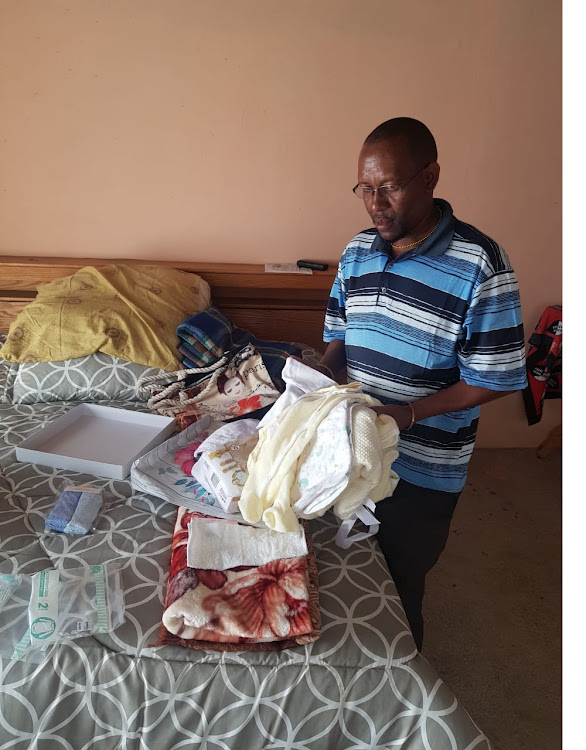 Mashego Makhura folding away the baby clothes that will not be worn after the death of his wife and unborn child in hospital, shortly before Christmas.
Image: Thomo Nkgadima

A Limpopo man is distraught after the death of his pregnant wife and unborn baby, allegedly after the Philadelphia hospital in Moutse failed to transfer her to the Polokwane hospital for a caesarean delivery.

Mashego Makhura, eyes brimming with tears, said his wife died after spending more than 24 hours at the hospital waiting for an ambulance that did not arrive. 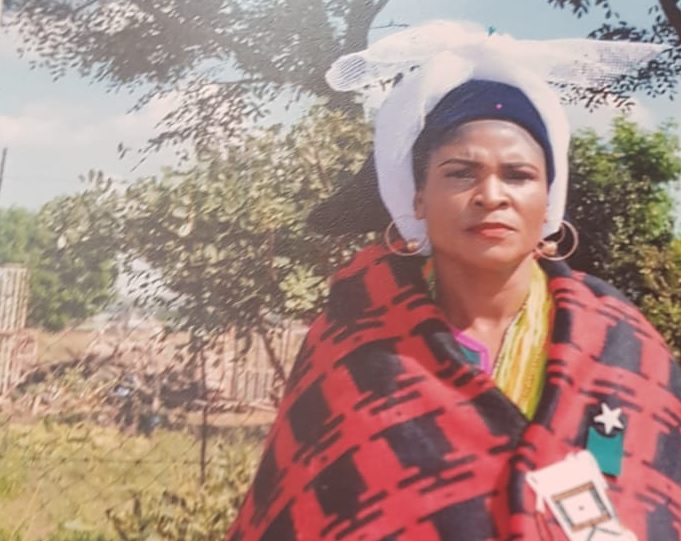 When Maria Phora, 42, experienced labour pains, she was rushed to Philadelphia hospital more than 10km from their home in Mpheleng village on Sunday afternoon, December 22.

The 32-week pregnant woman was taken to a maternity ward where she was examined.

“They told me to go home and provided me with the street address of the hospital and told me to visit her (on Monday).

“To my surprise on Monday, I visited the hospital on my way to Polokwane. My wife was still at Philadelphia hospital in pain,” Makhura said.

He was told by a doctor that they were still waiting for an ambulance to transfer her to Polokwane hospital.

In the early hours of Tuesday, he received a call asking him to come to the hospital urgently.

“I was shocked to be told my wife and unborn child passed away.

“I was deeply hurt. They told me their hospital is level two and cannot perform an operation.”

At his house at Mpheleng village, near Groblersdal, with his daughter and two sons, aged seven and 22, Makhura sat folding away the clothes his wife, a domestic worker, had bought for the baby. He is unemployed. The couple married in April this year.

He is devastated and wants answers.

“What happened hurt me so much that, together with my kids, we are struggling to sleep at night.”

Limpopo Health MEC Dr Phophi Ramathuba has sent a team to investigate the circumstances surrounding the death of Phora and her baby.

The department said in a statement, “While the hospital has provided a report on the case, the MEC believes there are still questions which need to be answered. Among other things, the investigations must assist in providing the reasons why the woman died while awaiting an ambulance to Polokwane, meanwhile, her case could have been resolved in the hospital.”

The department of health in Limpopo has launched an investigation after a mentally challenged patient was assaulted and killed by another patient on ...
News
2 years ago

An awaiting-trial prisoner jumped off the roof of a police station in Limpopo and persuaded officers that he had been injured by a speeding car ...
News
2 years ago

When Lucky Moepja started feeling labour pains on Saturday, 6 October 2018, she was taken to Philadelphia provincial hospital in Dennilton, about ...
News
2 years ago