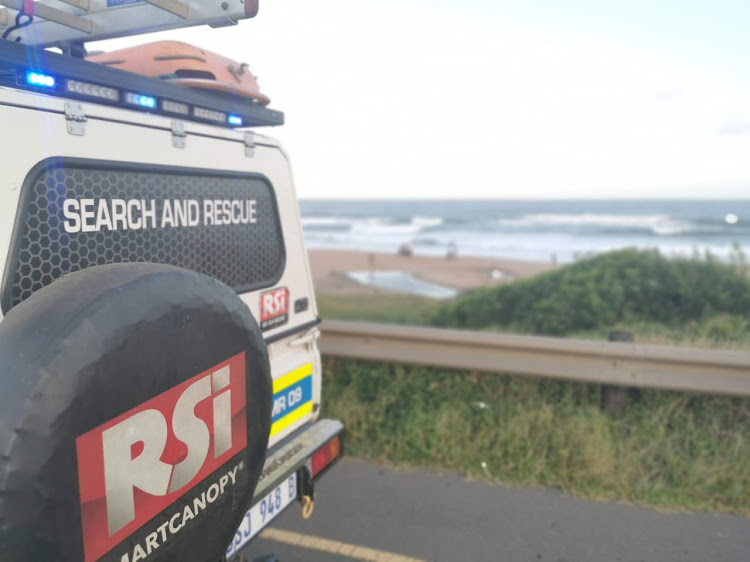 A tourist from India and another man drowned at separate beaches in KwaZulu-Natal on Thursday.
Image: Supplied

Two men, including a 45-year-old tourist from India, drowned at separate beaches on KwaZulu-Natal's Dolphin Coast on Thursday.

It is understood police divers from Durban SAPS search and rescue (SAR), eThekwini lifeguards, Life Response EMS, IPSS Aquatic Rescue team and Tongaat SAPS responded to a report of a drowning at the Westbrook beach in Tongaat.

An Indian national is believed to have been swimming at a remote, unprotected beach south of Westbrook beach, before getting into difficulty and drowning.

Paramedics were unable to resuscitate the man.

While responding to the Westbrook drowning, a second call was received from the eThekwini lifeguards about a drowning at Umdloti tidal pool.

Two rescuers from NSRI and Metro Police SAR entered the water to pull the victim ashore.

However, all efforts to resuscitate him were in vain and he was declared deceased at the scene.

The drowning of an eight-year-old boy at a City of Cape Town swimming pool has brought the number of holiday drownings in the city to 14.
News
2 years ago

A 'spiritual leader' drowned in the OIifants River after promising community members he would find a missing teenager, who was swept away on December ...
News
2 years ago