Parents of some of the Grade 8 pupils from Parktown Boys High School on Friday shared how their children had also experienced difficulties at an orientation camp where one of their classmates, Enock Mpianzi, died this week.

Mpianzi’s body was found on Friday morning. The 13-year-old Grade 8 pupil had been missing since Wednesday after the home-made raft that he and his classmates were on overturned on a river in Brits in the North West.

“My son says he also almost washed away, had to grab onto a tree and also rescue a friend,” tweeted a parent by the name of Bohlokoa.

My son says he also almost washed away, had to grab onto a tree and also rescue a friend😡😡😡

“Rafts made by children in high current water? Really?” she asked.

Another parent said her child told her of the difficulties they had encountered during this exercise.

“My son was also part of this camp, and says they all almost drowned ... I just don't understand why no safety measures were taken, this could have been prevented,” tweeted Sibongile, another parent.

My son was also part of this camp, and says they all almost drowned... I just don't understand why no safety measures were not taken, this could have been prevented. 😔

According to police, Mpianzi had fallen off a home-made raft which overturned in the river at the campsite on Wednesday at 3pm.

“It seems like the currents were quite strong and the last time the boy was seen is when some of his friends saw the raft overturn and the kids fell off into the water,” said police spokesperson Colonel Adele Myburgh said.

It was not immediately clear when the search for him began. 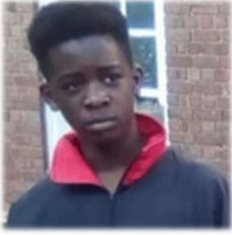 More tough questions have been posed to Lesufi on social media on whether the pupils were all wearing life jackets and whether a headcount was done after the activity.

The camp was cancelled and the other pupils had returned to the school on Friday morning.

Lesufi said a psycho-social unit would be deployed at the school to give counselling to the pupils and teachers.

The body of the missing grade 8 Parktown Boys pupil has been found by the police.
News
2 years ago