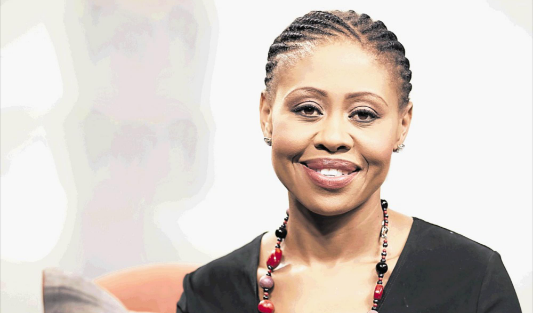 Redi Tlhabi has come to finance minister Tito Mboweni's defence, after backlash about his tweets on the ANC's resolution to nationalise the SA Reserve Bank.

“As a long-standing member of the ANC and its leadership structures, I know and understand our resolutions. I don’t need lectures on that. But on the SARB, I am convinced that we adopted a wrong resolution,” Mboweni said.

He later asked for a debate on the issue.

In another tweet, Mboweni questioned what the ANC sought to achieve by nationalising the bank, calling for the matter to be debated publicly.

As of now, 90% of the SARB profits are handed over to the National Revenue Fund. So? What do we want to achieve? Tell the public. Lets debate. Dont say internal debates, this is a fundamental National debate.

The veteran media personality said while Mboweni's questions were “pertinent”, he also confirms that “we are governed by a static party”.

"'Conference resolution' is [the] only answer. No situational leadership and agility. No adapting to unexpected geopolitical and economic trends,” Tlhabi added.

Finance Minister @tito_mboweni asking pertinent questions. But he invariably confirms that we are governed by a static party. "Conference Resolution" is ONLY answer. No situational leadership & agility. No adapting to unexpected geopolitical & economic trends. Viva Resolution pic.twitter.com/pyn7cMmWX3

Tlhabi said the issue about the resolution was not so much about the SA Reserve Bank, but about “policy agility and adaptability”.

Nasrec was2 and a half years ago. The world changes daily. The economy changes daily. Debate should not be stuck on a resolution button what the current economic climate demands. You don't debate economic needs and urgent decisions every 5 years https://t.co/MkjOyNbdPt

The ANC did not take Mboweni's comments lightly.

TimesLIVE reported that the party's spokesperson Pule Mabe expressed concern, saying: “It is our view that comrade Tito should act with care and be cautious at all times on matters of policy given his position as the minister of finance, including subjecting himself to the overall communications protocols of the ANC.

“Those who serve in leadership structures of our movement, especially within the national executive committee (NEC), the highest decision-making body in-between conferences, are expected at all times to uphold and defend resolutions of the ANC on public platforms.”

The ANC has censured finance minister and senior member Tito Mboweni for saying the party’s resolution to nationalise the SA Reserve Bank was a ...
Politics
2 years ago

Finance minister Tito Mboweni does not support the nationalisation of the SARB.
Politics
2 years ago

Finance minister Tito Mboweni believes the ANC's resolution to nationalise the Reserve Bank was a mistake.
Politics
2 years ago