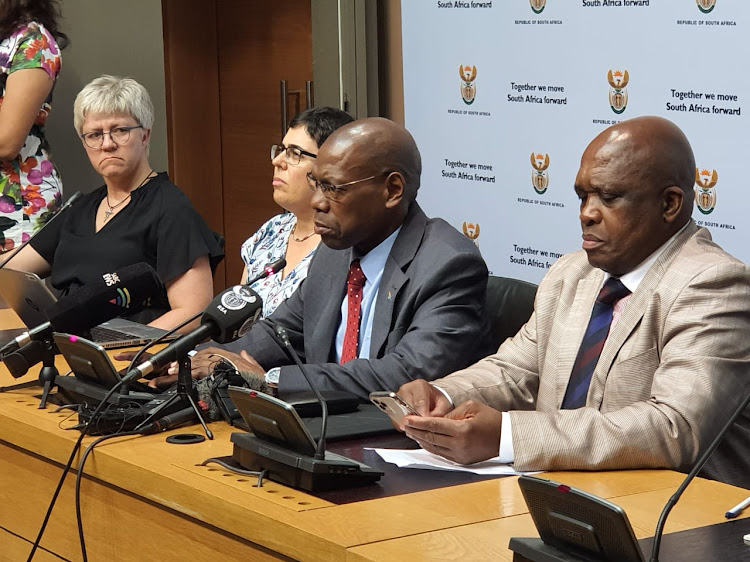 South Africans have been thrust into panic mode since health minister, Dr Zweli Mkhize, announced the first case of coronavirus in the country on Thursday.

A 38-year-old man from KwaZulu-Natal had travelled to Italy and returned to the country on Sunday. On Wednesday he consulted a private general practitioner after noticing symptoms including headache, fever and a sore throat and has been in isolation since.

During a media briefing in Cape Town on Thursday, the minister said he would be consulting different structures in communities, such as church and sporting organisations, the hospitality industry and international conference organisers, on how to prevent further spread of the virus.

“We just want to bring the awareness that there might be a situation developing in the country and therefore we need to work together and get their advice and if they have got any specific suggestions, we need to share information with them about where do they see the risks and what suggestions do they have.”

The minister responded to concerns about the man's condition not having been detected at OR Tambo airport and King Shaka airport by saying he had not shown any signs or symptoms upon arrival.

This means any tests done would not have confirmed the virus, as he only developed symptoms three days after his return.

The ministry deployed a team to track down all individuals who have been in contact with the man, in an effort to prevent any further spread of the virus. The search will extend to people who sat close to the man on his flight from Italy and connecting flights.

No need to panic

SA will not yet be putting in place any restrictions, such as closing down schools and limiting travel, as there is no serious spread of the virus yet.

“We're not at that level where we're closing down the schools. We're taking precautions in the case of one instance where someone has been found to be positive.”

Here's how South Africans responded to the news:

So the first case of #CoronaVirusSA has been confirmed.

We were assured by this government that they were "ready for it", but it seems this person flew into OR Tambo, wasn't checked and made it all the way to KZN?

The first case of the #CoronaVirus has been reported on this day, 5 March 2020 in South Africa. Nkosi sikelel iAfrika 🙏🏾🙏🏼
#CoronaVirusSA

#Coronavirus Let’s all calm down now! It was inevitable to get a case or a few. Just like we had H1N1 and we did not start dropping dead in numbers! Wash your hands, report symptoms early and go on with life!♥️

The guy that has contracted the Corona Virus came back from Italy, didn't get swabbed at the airport, walked around in South Africa for days with it and after going to the doctor on his own was told that he has the virus. So much for the government being prepared. #CoronaVirusSA

Please buy handwash, hand sanitizers and sanitizing wipes if you can afford. #CoronaVirusSA

Health minister Zweli Mkhize confirmed the first case of the coronavirus in South Africa on March 5 2020. Speaking at a media briefing in Cape Town, the minister said that a 38-year-old man who tested positive for Covid-19 is a South African citizen who travelled through OR Tambo International Airport and took a connecting flight to KwaZulu-Natal. For more on this story: https://www.timeslive.co.za/news/south-africa/2020-03-05-sas-coronavirus-patient-zero-quarantined-in-hilton-after-italian-holiday/

Fears of the coronavirus have crippled Africa’s safari industry, a survey conducted by SafariBookings has found.
News
1 year ago