Caring or condescending? How Zelda La Grange's 'handwashing' tweet landed her into trouble 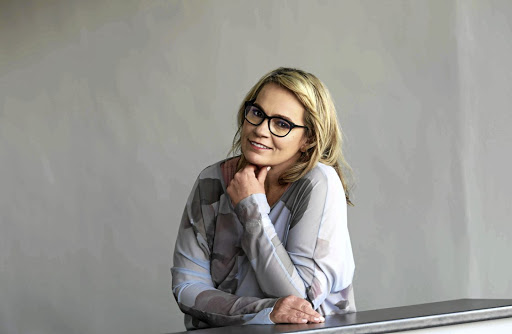 La Grange trended on Twitter after her now deleted Facebook post, telling employers to show their domestic helpers how to wash their hands, as prescribed by the World Health Organisation (WHO), went viral.

Here's how and when it all happened:

'Teach your housekeepers how to wash their hands' — Friday

“If you have a housekeeper, nanny or gardener, garden services or anyone in your employ, demonstrate to them what a 20-second handwash looks like. Explain and show them how the virus transfers though handshake, touching money, ATMs. Don't assume they know,” read her post, in part.

She said she demonstrated this to her two employees, gave them soap to wash their hands and vitamins to boost their immune systems.

Some accused her of implying black people could not clean themselves. Others said she was condescending and that her post contained racial undertones.

Zelda La Grange "DeMOstratEd" handwashing for helpers and gardeners WHY exactly?!!!That post is condescending and infuriating!

2) Why is she advicing us to teach cleaners & gardeners instead of her white friends who are spreading it?

3) Why would she wanna teach cleaners about hygiene? pic.twitter.com/K3x9v88HWy

Zelda La Grange’s tweet was not well thought out. It has a classist racial undertone to it. Worse so considering that the topic of discussion has affected her compadres more than the people she claims to be helping.. Friday the 13th indeed. Re bona dipoko

Zelda La Grange. We know that in SA racism is often inscribed within discourses of care. So Whites can claim to take care of Blacks while in the same breath nursing raced superiority complexes

La Grange did not take well the widespread condemnation of her views. She took to Facebook on Sunday to respond to the backlash, saying she raised awareness of Covid-19 because her employees did not have access to information via the internet or TV.

She denied being racist.

“I have spent the last 20 years giving back in supporting people who struggle. I have done so with the purest intentions as I believe it's only collective effort that will make this country work and every small action can add up in changing people's destiny.”

She also announced her decision to terminate the employment of her two casual helpers. She said if she was as racist as some said, then she did not deserve their friendship and would let them go.

For the past two days I have been lambasted by the social media mob for calling on people to ensure everyone around them...

Attempts by TimesLIVE to get a response from La Grange were unsuccessful at the time of publishing this article.

President Cyril Ramaphosa declared a state of disaster at the Union Buildings in Pretoria on March 15 2020. This comes after the number of confirmed ...
News
2 years ago

Gift of the Givers pledges support to help fight coronavirus

The African championships scheduled for Durban next month have been postponed because of coronavirus fears‚ Swimming SA said in a statement on ...
Sport
2 years ago