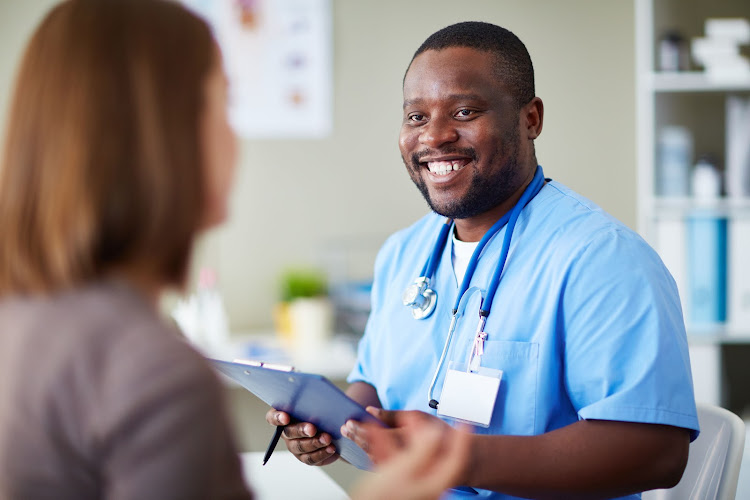 The first person to test positive for Covid-19 in Limpopo has been cleared of the coronavirus.
Image: 123rf.com/Dmitriy Shironosov

The first person to test positive for Covid-19 in Limpopo has been cleared of the coronavirus and is ready to be integrated back into society after spending time in quarantine.

This is according to health MEC Dr Phophi Ramathuba, who applauded the 28-year-old doctor who contracted the virus after his return from Europe, and immediately self-isolated after testing positive.

“This must also give hope to the community to say, if we do what is right, we can contain the spread of this disease,” said Ramathuba.

The province now has 12 confirmed cases excluding the recovered case.

Ramathuba said of all the cases, Limpopo had only one case  suspected to be a local transmission. However, further investigations would ascertain if this remained a fact.

A breakdown of the cases per district in the province was recorded as follows:

A drive-through Covid-19 testing station opened on March 26 2020 at the Wanderers Stadium in Johannesburg. The testing station is run by Health Insite in partnership with Mullah laboratories and is fully compliant. HealthInsite says the station offers an alternative to standing in long queues at labs or state hospitals, which can put people at risk.

CAPRICORN — has recorded four cases, including the recovery. The other three are a 44-year-old female who travelled to London. Upon return, she did not self-quarantine even though she had come from a high-risk area. However, upon confirming her test as positive, all her contacts were traced, screened and tested, and none has tested positive. The other cases are another 44-year-old who recently returned from a cruise to  Portuguese Island, and a 54-year-old male who travelled to Nigeria.

MOPANI — has recorded a single case after a 30-year-old who was tested in Gauteng and did not self-quarantine but instead travelled back to Limpopo. He has since been arrested and taken to an isolation site at the Modimolle MDR TB Hospital. The tracer team are busy tracing his contacts to ensure they are screened and tested.

SEKHUKHUNE — Remains the only district in the province with no confirmed cases.

The MEC has called on the people of Limpopo to exercise maximum discipline during this period of lockdown. Ramathububa said the lockdown is the hope of the country to contain the spread of the virus.

“Our people must adhere to the rules of this lockdown because this is the only way we can contain the spread of the virus.

“We are already recording deaths in other provinces, and that must knock sense into many people. If we are not vigilant enough by doing what is right, soon we will be seeing deaths on our doorstep,” she said.

With SA under a nationwide lockdown, in a bid to combat the spread of the novel coronavirus pandemic, streets and busy spots in Cape Town and Johannesburg are emptying. The bustle of life at iconic SA places is now a mere shadow of what it was. We take a comparative look at these places before and after the country's national lockdown was implemented.

Western Cape premier Alan Winde said on Sunday that the province had recorded 310 Covid-19 infections as of Sunday and most fell within the city of ...
News
2 years ago

Several doctors and nurses are among those who tested positive.
News
2 years ago

Health minister Dr Zweli Mkhize said on Thursday night that the country was in a "battle" against the coronavirus. He said that previously, the ...
News
2 years ago