Absurd or cautious? The ban on the sale of cooked hot food debate 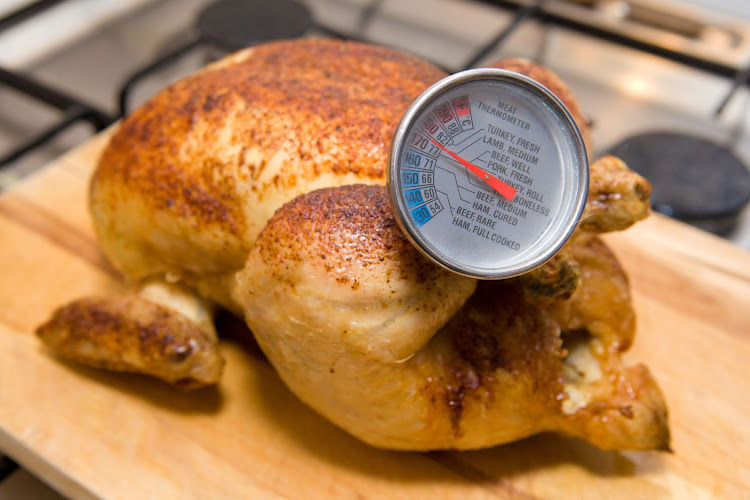 Cooked chicken is no longer on the menu, for now. File image
Image: 123rf.com /Lee Thompson

The sale of cooked hot food by supermarkets has officially been prohibited.

The government gazette comes after much-heated debates on the matter.

Trade and industry minister Ebrahim Patel declared at the beginning of lockdown that supermarkets open to sell essential goods must close their hot-food sections.

Speaking at a press briefing last week Thursday, Patel reiterated the call, saying supermarkets' hot-food sections, like fast-food restaurants, should be closed for the remainder of the lockdown.

He said the matter was communicated to the supermarkets and law- enforcement agencies and asked that the law should be observed.

BizPortal also warned that once a business certificate was revoked, retailers could not continue offering non-essential products or services during the lockdown.

If you know of one, please report them to the @SAPoliceService.

We are revoking fraudulent applications and referring them to @the_dti for legal action.

They're not allowed to, if they are then they're breaking the law.

It seems there is some confusion on the TL.

A revoked certificate doesn't mean that a company is now deregistered. It means that their essential services certificate is not longer valid. They cannot continue offering non-essential products / services during the lockdown period.

TimesLIVE reported that Woolworths confirmed that it would no longer be selling hot goods including chicken and pies.

Speaking to TimesLIVE, Woolworths' spokesperson Silindile Gumede said the opinion provided in a legal guidance letter was solely intended to be used by store management.

“We are aware that a letter of guidance drafted for us by Webber Wentzel has been displayed at one of our stores,” said Gumede. “The opinion provided in this guidance letter was solely intended to be used by store management in possible interactions with authorities who enter our stores, specifically related to the sale of our frozen, cooked prepared food.”

She added: “At the ministerial press briefing on April 16, it was communicated that retailers are not permitted to trade the hot-food counters in their stores. We took the decision to close all hot-food counters with immediate effect to adhere to the communication by minister Patel.

“We continue to engage with government and authorities to meet the obligations in our delivery of essential goods in compliance with the regulations and to flatten the curve for the good of all.”

Legal letter in my local Woolies, advising that the enforcement authorities are acting unlawfully in seeking to stop the sale of cooked food from counters, and that they potentially face a "significant civil claim". pic.twitter.com/28nh8bCmmL

On Saturday, business group Sakeliga threatened legal action against the department of trade & industry unless Patel reversed the restriction on warm or cooked foods.

The group gave Patel until 9am on Monday to respond, or it would take legal action.

“We have been advised that there is no lawful restriction on the production of ‘warm’, ‘cooked’ or ‘prepared’ food as the minister and his department continues to insist,” Sakeliga CEO Piet le Roux said in a statement. “Sakeliga will be taking the minister of trade, industry and competition to court unless he ceases and reverses his department’s unlawful, irrational and harmful obstructions to food production.”

The DA chimed in, saying Patel had “overstepped his powers” in this regard.

In a statement on Sunday, the party's shadow minister of trade and industry, Dean Macpherson, said Patel's decision was “illogical and ill-considered”. He said it advanced regulations that make no sense and are not found in law.

“This will also be particularly devastating for the elderly who may be unable to cook food due to their frailty.”

The DA gave Patel until 5pm on Monday to explain which lockdown regulation he relied upon to declare the sale of cooked food as prohibited during the lockdown.

The DA has given minister of trade and industry Ebrahim Patel until 2pm on Monday to explain which regulation he relied upon to declare the sale of ...
Politics
1 year ago

The FF Plus requested that Patel urgently lift the ban.

“In legal terms, there is no stipulation in the lockdown regulations that makes provision for the exclusion of any category of food products. The only explicit exclusion is food products containing alcohol,” said FF Plus’s Jaco Mulder in a statement.

“Law enforcement agencies that prevent the sale of prepared food or that confiscate it are (sic) acting unlawfully and could possibly face civil claims. The consequences of such unlawful actions are causing immeasurable damage to the takeaway industry, as essential food providers, and it will inevitably lead to job losses.”

TimesLIVE reported that legal analyst at Sakeliga Daniel du Plessis said Patel asked to be given until Wednesday.

Du Plessis said they had also received a request for an online meeting with the department to discuss the matter.

“While we are waiting on the DTI’s reply, we will still go ahead with our preparations. We also call on businesses in the restaurant industry, who had been visited by law enforcement and asked to close, to contact Sakeliga so that we can possibly include them in the matter.”

TimesLIVE made several attempts to get comment from the department's spokesperson Sidwell Medupe. At the time of publishing this article, a response had not been received.

The latest government gazette, which officially named cooked hot food as being banned, can be accessed here.

Trade and industry minister Ebrahim Patel wants more time to respond to Sakeliga after the organisation threatened to take legal action over the ban ...
Politics
1 year ago