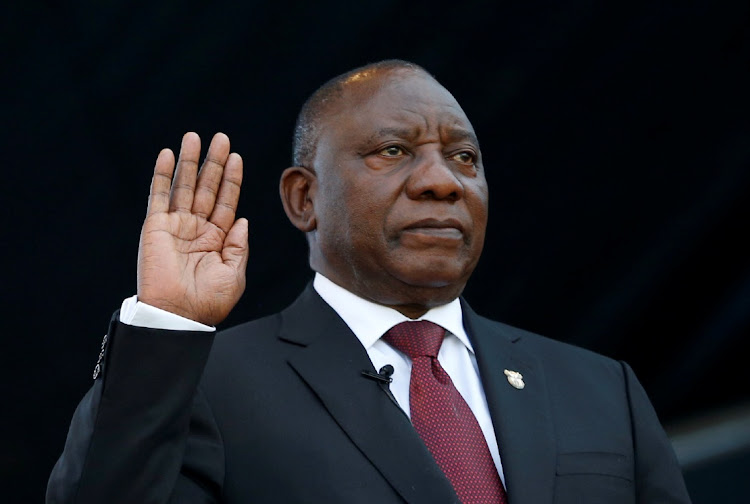 With President Cyril Ramaphosa under pressure to reopen the economy, commentators warn against borrowing money that will land the country deeper in debt.
Image: Picture: REUTERS/SIPHIWE SIBEKO

South African Airways (SAA) and support for the informal sector were two notable omissions in the R500bn socio-economic package announced by President Cyril Ramaphosa to stabilise the economy during the Covid-19 crisis.

Helen Suzman Foundation head of research Charles Simkins made this remark while commenting on efforts to stabilise the economy announced by Ramaphosa during his address to the nation on Tuesday night.

Simkins said although it was clear the lockdown had radically damaged the ecology of the informal sector, there was no attention paid to restoring it as far as possible in the next few months.

“Perhaps more will become clear by the end of the week,” he added.

On Thursday Ramaphosa is expected to announce details on how SA will gradually reopen its economy.

Thursday is D-Day for SA's plans to ease lockdown

South Africans will know on Thursday about the government's plans to ease the nationwide lockdown.
News
2 years ago

Commenting on the president's announcement, the Nedbank Group economic unit said a support package was necessary to alleviate human suffering, mitigate economic costs and partially replenish the loss of income to the unemployed.

“Together these measures will ensure that there is at least some, albeit a very modest, level of underlying demand in the economy,” said Nedbank.

“It will provide relief, but it is unlikely to provide any boost to the economy for as long as the lockdown is in place.”

However, Tax Justice SA (TJSA) urged Ramaphosa to immediately kickstart the economy before the R500bn rescue package landed South Africans with debts that could prove deadlier than the virus itself

The organisation's founder Yusuf Abramjee said although Ramaphosa's package would provide some with desperately needed relief, it will also mean more borrowing for a nation already crippled by debt and unemployment.

“We need to be following a very simple rule: if we are borrowing huge amounts of money and putting that debt on the head of every South African, then we should be also be collecting as much of the money due to us as possible,” said Abramjee.

He said some ill-thought rules had already robbed the nation of vital revenues and should be reviewed immediately before the economy collapsed.

TJSA called for the president to allow supermarkets, fuel station stores and spaza shops to sell their full inventory of goods. It also asked him to allow the transport of SA-produced goods for export.

“With a stroke of pen, the president could lift the unnecessary restrictions on what shoppers can buy when they visit their local store. It would have no negative effect on the objective of lockdown and would generate vital revenue for the state,” said Abramjee.

The Organisation Undoing Tax Abuse (Outa) said the government should reshape its spending patterns and not rely on tax increases to foot mounting costs.

“This massive injection will only offer temporary respite from an economic crisis that will not dissipate unless we can kickstart the economy as soon as possible and do government differently, while still doing everything possible to contain the virus,” said Outa CEO Wayne Duvenage.

R500bn will be spent to support South Africans dealing with the consequences of the coronavirus.
News
2 years ago

Up to 45,000 South Africans are expected to die from Covid-19 over the next two to three years.
News
2 years ago

Once the dust has settled on the SAA business rescue process, government wants a "new, financially viable and competitive airline" to emerge.
News
2 years ago