'We are staying put': group that occupied old age home in Cape Town 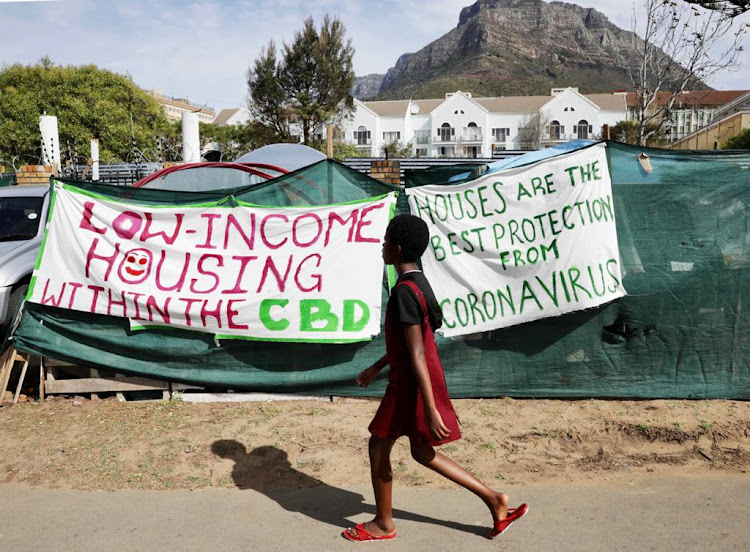 The City of Cape Town has tried to draw those living on the streets to its controversial temporary shelter in Strandfontein amid the Covid-19 pandemic.

But, a group of 60 people who occupied an empty old age home and are now living on the pavement outside the home in the shadow of Groote Schuur Hospital, told TimesLIVE they are going to stay put in their roadside tents.

The group, known as Singabalapha (We Belong Here), occupied the old age home, Arcadia Place in Observatory, in September 2019. The home is earmarked for demolition so an upgraded facility can be built in its place.

When they were asked to evacuate in October 2019, they set up camp on a nearby pavement and have remained there ever since.

“They tried to evict us during the first week of lockdown,” says Singabalapha representative Barbara Vuza. “They tried to send us to Strandfontein but we are better off here and if we listened to them, we would now be part of that group getting TB. That place is a disaster.”

The group has no running water, and make use of a single mobile toilet and a few tents donated by individuals last year.

Vuza says that when the wind howls, some of the tents begin to tear and collapse.

Sandi Gelderbloem, spokesperson for the Cape Peninsula Organisation for the Aged (CPOA), confirmed to TimesLIVE that the organisation has “almost completed the architectural plans regarding the redevelopment of the New Arcadia”, but that it had been put on hold due to the virus.

She added that the organisation had been in contact “with the relevant authorities” about the tented camp but had not heard further about plans to move them to an alternative location.

The group is a mixture of the elderly, middle aged, and small children. Most are unemployed and have been receiving some help from Obs CAN (Community Action Network) and other individuals who “drop food when they can”.

But, says Vuza, this issue of housing in Cape Town predates Covid-19 by many decades.

“They have so many options to fix the housing problem, so much land they could use, but they won’t,” she said. “It’s just worse now with lockdown and the virus.”

According to the Social Justice Coalition, the City of Cape Town has “many parcels of public land that are leased out for uses that are exclusive, inefficient and unjust”.

Land that could sit at the “heart of transformation” was “either sold or leased well below market value for use by a minority of mostly wealthy residents”.

But, says the city's mayoral committee member for human settlements, councillor Malusi Booi: “The city simply cannot on its own deal with the mass urbanisation, housing crisis and macroeconomic conditions that exist in SA.” 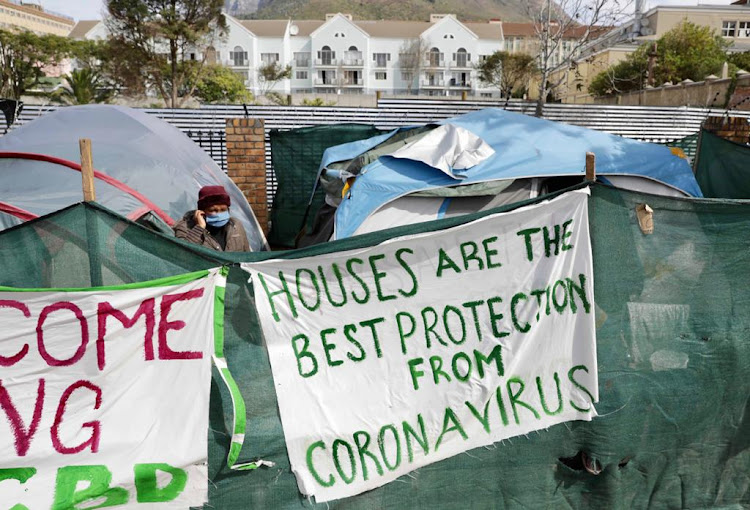 He said that land invasions had increased during lockdown,  but no evictions were taking place.

Cape Town mayor Dan Plato blamed the media for misreporting the situation at the Strandfontein temporary shelter earlier this week, saying inhabitants at the shelter were well cared for.

“It has been most unfortunate that the site has been so shamefully politicised. Despite our repeated clarifications about the services being offered, the media have gladly repeated all of these lies. This has not deterred us as we continue to look after the city’s most vulnerable residents.”

He said all individuals had access to warm showers, three meals a day, medical assistance, separate isolation tents for those with TB, and suitable bedding and toiletries.

He added, “By working together, we can protect and care for the vulnerable, and combat the spread of the virus.”

The Covid-19 death toll in the Western Cape has reached 28, and Khayelitsha is now home to 11% of Cape Town's infections.
News
2 years ago

'These people are robbers, finish en klaar': day of looting, violence, death across the Cape

A 25-year-old man was shot dead, allegedly by police, as widespread looting and sporadic violence flared in poor communities across the Western Cape ...
News
2 years ago

Twenty-nine days into the national lockdown, a pattern is emerging of the potential massive impact the ban on alcohol sales has had in the reduction ...
News
2 years ago