Informal miners say they are continuing operations amid lockdown 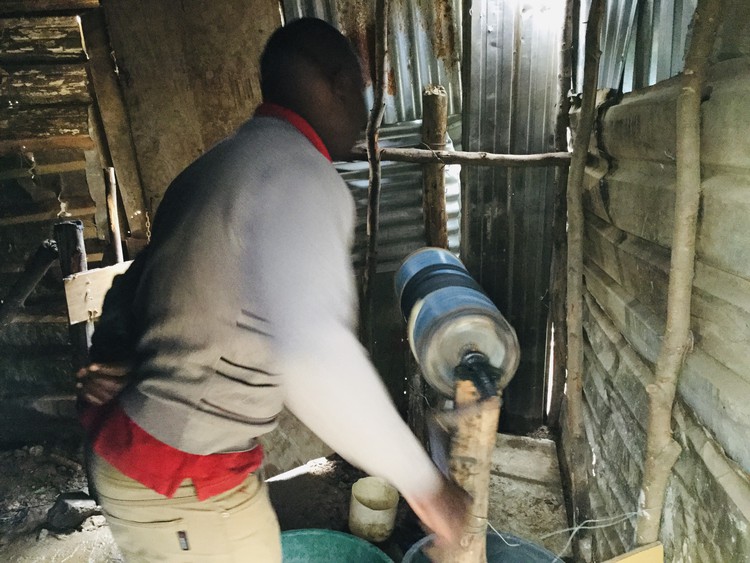 When the national lockdown was announced in March, informal miner Fadzi Manono was underground and digging for gold at a mine in Benoni.

When he returned to his home in Springs a week later, Manono says he was informed that police and soldiers were “all over the place” to see that residents remained in their homes to slow the spread of Covid-19.

Manono, who moved to SA from Zimbabwe, said he decided to return to the mine to work for another week. “Coronavirus is the last thing to worry about while looking for gold deep inside a mine ... It was an opportunity to make more money,” he said.

Manono recalled witnessing the deaths of fellow miners, including his younger brother who was trapped inside a deep mine in Secunda in April 2019. His remains were only found in November, he said. “When I went back inside the mine, l did not even think about the virus. l think l have seen worse while working as a miner.”

Manono said he spent at least three days in the mine before trying to sell what he found. “Mining is scary but it is a part of my life now. Lockdown or not. The police chase us. Coronavirus or not, miners die. l am lucky to be alive even today,” he said.

Every day, hundreds of Covid-19 testers are at the forefront of the fight against coronavirus in South Africa. For Bhelekazi Mdlalose, nursing is more than just a job, it is a passion. Mdlalose is a registered nurse and Covid-19 tester working for Médecins Sans Frontières (Doctors Without Borders) in partnership with the Department of Health. TimesLIVE followed a day in her life to see what it is like being in the frontline amidst the Covid-19 pandemic.

When GroundUp visited Manono, he was at a small shack in Cloverdene near Benoni, with four other informal miners from SA, Mozambique and Zimbabwe spinning their phenduka gold processing machines.

Two of them had just returned from the “number 13” mine where they spent five days digging for gold. Three of the miners were processing gold for other miners. They do so by spinning the machine, which earns them R50 per hour.

The miners said that since the lockdown, the police and army have been confiscating their equipment, making it difficult to make ends meet.

“What else can l do? This is my only means of survival as l am unemployed,” said 24-year-old Sello Bophelo. He is employed by other informal miners who pay him to hand spin their gold. He supports his mother and sister who are unemployed.

Antonio Grassia from Mozambique said he cannot afford to stop mining as his survival and the survival of his family at home in Maputo depend on it. He said after soldiers raided their shack on Friday, he was more determined than ever to work.

Silus Sithole from Chipinge in Zimbabwe said he worries about his family back home because he has not been able to send them money for food. Sithole is also a gold dealer who employs several miners. “As foreign nationals, we are not getting help from the South African government during lockdown. If we stay home, we will not be able to buy food or pay rent,” said Sithole.

Lawyers representing the Association of Mineworkers and Construction Union (Amcu) have argued that if miners return to work, there should be ...
News
2 years ago

The economy was the biggest winner in the government's relaxed Covid-19 regulations announced yesterday, as more than 1.5-million workers are ...
News
2 years ago