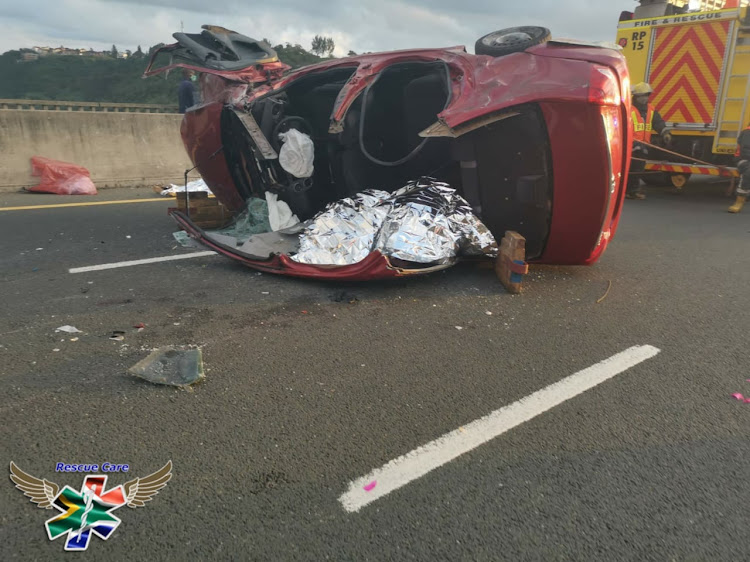 The scene of a fatal crash in which a single vehicle lost control and rolled several times. Seven people have lost their lives
Image: Rescue Care

Paramedics and police are on the scene of a deadly crash in Durban on Tuesday morning in which seven people lost their lives.

Rescue Care's Garrith Jamieson said that several response teams were on the scene on the M19 where it joins the north bound N2, near the Umgeni River, where a single vehicle had seemingly lost control and rolled several times at about 6am.

He said paramedics found eight occupants trapped inside the wreckage and used the jaws of life and other hydraulics to free them.

Fatal crash on the the M19 on-ramp to the N2 north bound
📹: @rescuecare pic.twitter.com/OiCyyrwk43

“Unfortunately seven people were deceased and the eighth person was rushed to hospital for further treatment,” he said.

Police are investigating the accident.

Lockdown delinquent charged for trying to run over traffic cop

A 37-year-old Cape Town man refusing to let his freedom of movement be curbed by lockdown regulations has been charged with attempted murder after ...
News
2 years ago