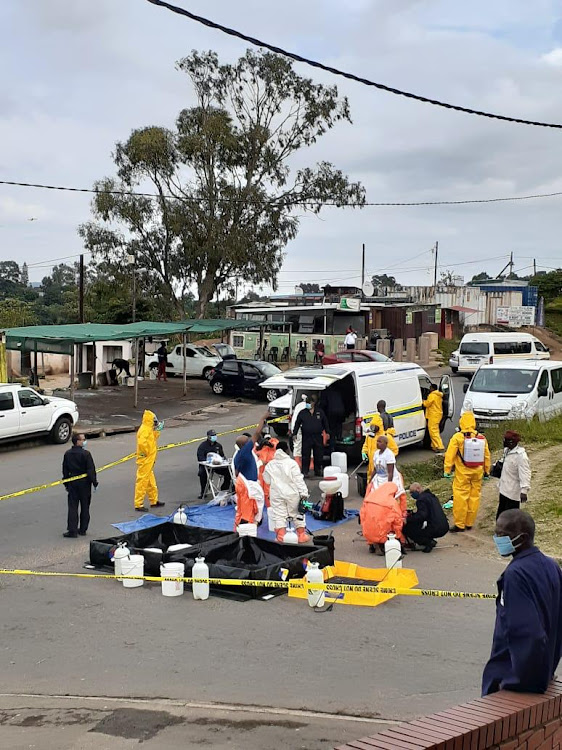 The Inanda police station, north of Durban, was closed on Tuesday after a female sergeant tested positive for Covid-19.

Police spokesperson Brig Vishnu Naidoo confirmed to TimesLIVE that the station was immediately evacuated and the members were sent to their respective homes and instructed to self-isolate while awaiting screening and testing.

"The decontamination of the station started today [Wednesday] and over a 140 members have been tested so far," said Naidoo.

"A temporary community service centre has been set up within the perimeter fencing of the station precinct. It is expected that by tomorrow [Thursday] the station operations will be back to normal."

Naidoo said the infected member was admitted to hospital on Tuesday.

@SAPoliceService have confirmed with @TimesLIVE that the #Inanda police station, north of Durban, was closed on Tuesday after a female cop tested positive for #Covid19. Decontamination started today and over a
140 members have been tested. Station expected to be opened tomorrow. pic.twitter.com/VKUX8o9UJl

In the same way the coronavirus has rattled essential service providers like doctors and nurses, the police service has not been spared.
News
2 years ago

Captain Andrew Leslie could still walk when his wife persuaded him to go to hospital. He had been struggling with a fever, cough and a sore throat. ...
News
2 years ago

An investigation has been launched into a fight that broke out between police officers at a station in George, Western Cape.
News
2 years ago