The school in Tshwane which has been broken into twice since Friday. The education department says such incidents hamper preparation for pupils to return to school on June 1.
Image: Provided

The Gauteng education department has slammed criminals who broke into a school in Tshwane on the eve of teachers' return to schools.

Education MEC Panyaza Lesufi said personal protective equipment (PPE) meant for the protection of pupils and teachers had been stolen.

The department said Sikhulisile Primary School in Ekangala was broken into twice in 48 hours. 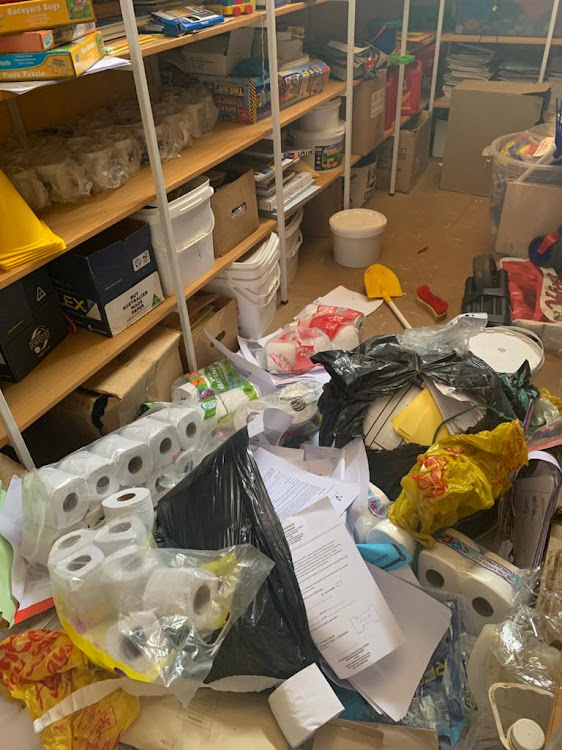 A school in Tshwane has been broken into twice since Friday. Criminals took off with PPEs meant for pupils and teachers.
Image: Provided

In the second robbery, the criminals “unfortunately stole PPEs meant for our educators and learners”, said spokesperson Steve Mabona. “We have been experiencing so much of this vandalism, and it’s really uncalled for,” he said.

More than 300,000 pupils in grades 12 and 7 are expected to return to schools across the country on June 1. Mabona said the incident would hamper the department's efforts.

“This is unfortunate. We are preparing our schools as per the schedule; this will derail us in doing so.”

The department has since called on the public to help retrieve the materials and apprehend the criminals.

“We just want to call on members of the community who might have witnessed this or may have information on the whereabouts of the PPEs, to alert the police so that these criminals are arrested,” said Mabona.

Lesufi previously said that all pupils and staff returning to school would be provided with PPEs at all times to prevent exposure or risk to their health.

He also said they would have their temperatures checked daily.

Over 300,000 pupils are expected to return to schools across the province, education MEC Panyaza Lesufi said on Thursday.
News
1 year ago

The horror year for the Gauteng education department has continued, with two pupils dying in separate incidents in the past week.
News
1 year ago